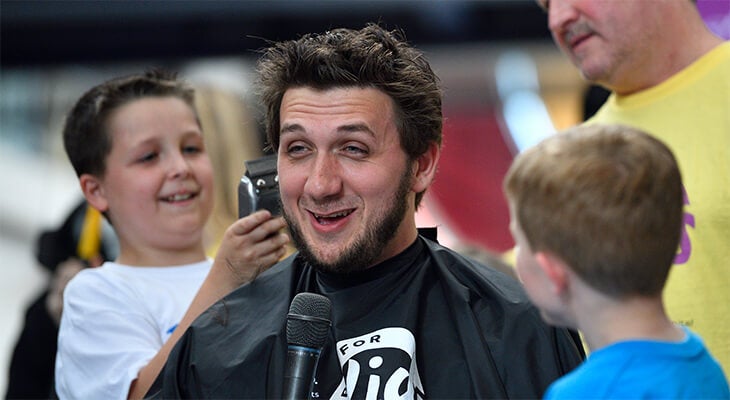 It’s not too late to support Chili’s Clip for Kids!

If you missed the event, you can still help kids fighting cancer at Norton Children’s Hospital.

Jesse Rasmussen values a great head of hair, but after becoming a father he realized there are far more important things than perfect locks — such as the care available at Norton Children’s Hospital.

Watch this video of Jesse getting his hair buzzed.

A special thank you to the event’s presenting sponsor, Chili’s Grill & Bar. Without their support, this event wouldn’t be possible.