What you need to know about eating disorders in children

What you need to know about eating disorders in children

Do you know what eating disorder symptoms look like? They can be hard to recognize. Learn about the types of eating disorders and what parents can do. 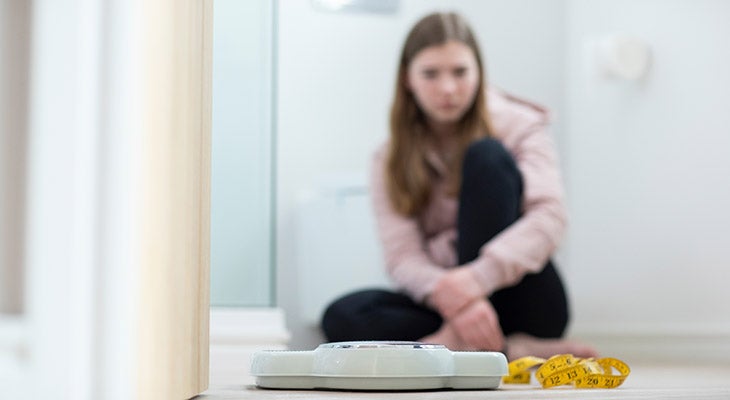 For parents, a child’s eating habits can be a concern from infancy through the teen years and even adulthood. From the picky toddler who will eat only a specific food for days on end, to the teenager whose diet seems to consist solely of fast food and soda, getting your child to eat a well-balanced and nutritious meal can be frustrating. What should parents know about eating disorders in children?

At what point does concern for healthy eating habits turn into concern about an eating disorder?

Understanding proper eating habits and nutrition can be confusing and overwhelming, particularly to children and teens. With nearly 1 in 5 school-age children considered obese, health experts have been pushing for more nutrition education in schools and less fat and sugar in kids’ diets.

According to psychotherapist Abigail Natenshon, author of “When Your Child Has an Eating Disorder,” some kids are interpreting the message as “food is fattening” or “food is the enemy.” She describes an 11-year-old patient whose friends eat a smaller lunch on days when they don’t have soccer practice.

“These children are mimicking what they’re seeing adults do,” Natenshon said. “But kids’ nutritional needs are different from those of adults. They need enough calories and fats to fuel their body, grow their bones, enter puberty, and create neuronal pathways in their developing brain.”

Eating disorders are serious, but treatable, mental illnesses that can affect people of every age, gender, race, ethnicity and socioeconomic group. National surveys estimate that 20 million women and 10 million men in America will have an eating disorder at some point in their lives.

Anorexia nervosa:Characterized by weight loss (or lack of appropriate weight gain in growing children); difficulty maintaining an appropriate body weight for height, age and stature; and, in many individuals, distorted body image. Sadly, there has been a rise in cases of anorexia in young women ages 15 to 19 in each decade since 1930.

Avoidant restrictive food intake disorder (ARFID):Once known as “selective eating disorder,” ARFID is similar to anorexia in that both disorders involve limitations in the amount and/or types of food consumed, but unlike anorexia, ARFID does not involve any distress about body shape or size, or fears of fatness.

Bulimia nervosa: Bulimia nervosa is a serious, potentially life-threatening eating disorder characterized by a cycle of binging and then compensatory behaviors, such as self-induced vomiting, in an effort to undo or make up for the effects of binge eating.

Binge eating disorder: This is a serious, life-threatening but treatable eating disorder characterized by recurrent episodes of eating large quantities of food (often very quickly and to the point of discomfort); a feeling of a loss of control during the binge; experiencing shame, distress or guilt afterward; and not regularly using unhealthy compensatory measures (such as vomiting/purging) to counter the binge eating. It is the most common eating disorder in the United States.

Ultimately, trust your instinct. Talk to your child’s doctor about any concerns with eating habits, weight or behavior. Early recognition is important for successful treatment of eating disorders.