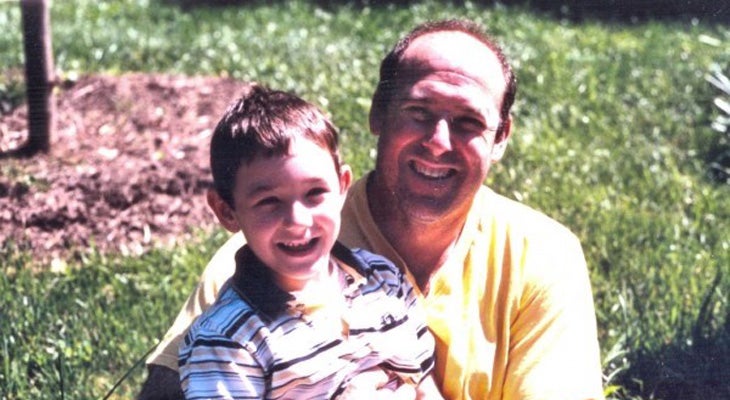 A Louisville philanthropist’s $288,000 commitment to the Norton Children’s Hospital Foundation will help further research into CAR-T cell immunotherapy and other potentially life-changing novel treatments for kids with cancer.

Tom Dunbar, who has now given more than $500,000 to the foundation, said his newest gift will support research into some of the latest treatment options at Norton Children’s Cancer Institute, affiliated with the UofL School of Medicine.

“Specialists at Norton Children’s and the University of Louisville have long participated in research that has brought the latest cancer therapies to children,” Tom said. “I see an opportunity to further that work, specifically around CAR-T, so that patients locally have access to this potentially life-changing treatment.”

With more than 60 years of pediatric cancer care expertise, Norton Children’s is home to one of the oldest oncology programs in the U.S. and has been continuously accredited by the American College of Surgeons’ Commission on Cancer.

Once considered virtually incurable, some pediatric cancers now have a survival rate of about 85%, thanks to research to develop new treatments.

“We are so grateful to Tom for his generosity that will truly serve as a catalyst in our continued efforts to increase the research trials we are able to offer to our patients both now and in the future,” said Ashok B. Raj, M.D., pediatric hematologist/oncologist with Norton Children’s Cancer Institute and chief, Division of Pediatric Hematology/Oncology and Stem Cell Transplantation at the University of Louisville School of Medicine. “The community’s support is vital in helping cure pediatric cancer and move our program forward.”

CAR-T, or chimeric antigen receptor T cells, is a revolutionary immunotherapy in which a leukemia patient’s own immune cells are collected and genetically reprogrammed before the cells are reinfused into the patient. The patient’s reprogrammed immune system then will recognize and kill leukemia cells that have resisted conventional chemotherapy.

Tom’s son, Evan, died from neuroblastoma in 2001 at age 6, and Tom’s father died from melanoma in 2009, both of which have served as catalysts for Tom’s donations. Tom’s wife, internist Dr. Stephanie Altobellis, diagnosed Tom’s own cancer in 2019.

This clinical research builds on Tom’s foundational gift to establish a research-based CAR-T Lab at the University of Louisville’s Brown Cancer Center in Evan’s and Tom’s wife’s names. Having the actual T cell collection and infusion process occur in Louisville, when the research goals match up, allows local patients and their T-cells to stay in Louisville. When bench-level research is translated to the bedside, it offers the best opportunity to treat and cure children.

CAR-T immunotherapy first received U.S. Food and Drug Administration approval in 2017 for patients under age 25 who have hard-to-treat forms of B-cell acute lymphoblastic leukemia (ALL). Within two years, it rapidly has become an essential part of treatment for these forms of leukemia, according to William T. Tse, M.D., Ph.D., pediatric hematologist/oncologist and medical director of the Norton Children’s Cancer Institute Pediatric Blood and Marrow Transplant Program.

“CAR-T is like a homing device to allow the T cells to find and kill the leukemia cells,” Dr. Tse said.

Tom’s gift will support Dr. Tse’s research, which aims to bring innovative and effective CAR-T cell therapies to children with hard-to-treat blood cancers and solid tumors such as neuroblastoma, osteosarcoma and brain tumors.

Tom’s generosity also has been used to establish the annual Evan Dunbar Lectureship series, bringing a high-profile speaker to present to pediatric oncology team members at Norton Children’s Cancer Institute and the University of Louisville, as well as other medical professionals that have an interest in current pediatric oncology research.