Does my teen have PCOS?

Does my teen have PCOS?

PCOS or polycystic ovary syndrome is a common hormonal disorder that affects many teen girls. 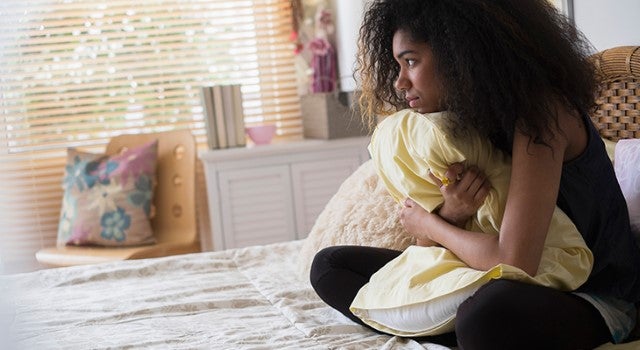 Acne. Hair growth. Irregular periods. Weight gain. Sounds like the usual issues teen girls deal with during puberty. Maybe — but not always. These also can be symptoms of polycystic ovary syndrome, or PCOS.

When acne, hair growth on the face and body, and weight gain are excessive, this common hormonal disorder could be to blame. It affects one in 10 women. If left untreated, it can cause infertility.

So what is PCOS?

Hormones released by the pituitary gland become imbalanced and cause the ovaries to enlarge and form cysts. Most teens with PCOS also have too much insulin in the bloodstream, which can cause excessive weight gain or obesity.

“The raised insulin level can cause the ovaries to produce too many androgens, or male hormones, potentially interfering with egg development and release, which cause irregular periods, and contributing to unwanted hair growth,” said Paige Hertweck, M.D., pediatric and adolescent gynecologist with Norton Children’s Gynecology, affiliated with the UofL School of Medicine.

If your daughter has two or more of these symptoms, she should see her pediatrician or a pediatric/adolescent gynecologist.

Dr. Hertweck sees too many parents worried about their teen’s ability to have children later, lose weight or manage the other symptoms of PCOS, including low self-esteem.

“Despite a common myth that having PCOS means a woman cannot have a baby, fertility medications have been proven quite effective once the time comes for starting a family,” Dr. Hertweck said. “Women with PCOS have a very good chance of conceiving after treatment.”

Norton Children’s Gynecology, affiliated with the UofL School of Medicine

The other symptoms can be managed quite simply with a holistic approach that involves getting adequate sleep and exercise, and eating a healthful, balanced diet.

“Lifestyle changes can have a very positive effect on PCOS,” Dr. Hertweck said. “An overweight or obese girl who loses just 5 percent of her weight can eliminate symptoms. Those who are not overweight likely gain weight very easily, and daily exercise and healthful eating keep symptoms well-managed.”

It’s important that girls with PCOS follow up regularly with their doctor and take their medication, if needed. For parents, supporting your daughter in her efforts to make lifestyle changes can help her to take charge of her health.