Influenza B, which the Centers for Disease Control says can be severe in children, has been circulating earlier than usual this year. 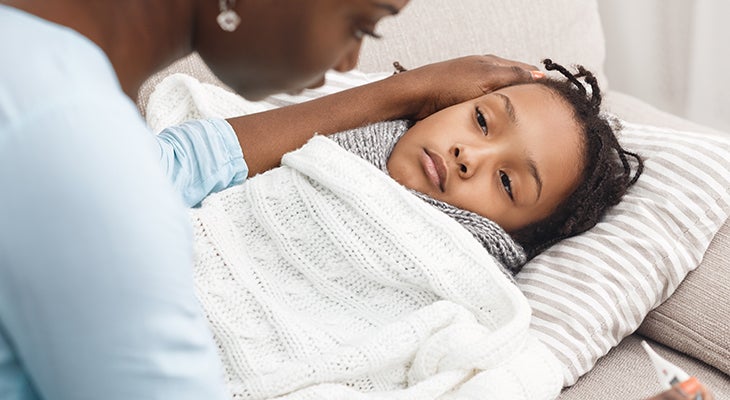 More than half the flu cases in children confirmed by Norton Healthcare providers in the Louisville area have been of the influenza B strain in recent weeks. Influenza B, which according to the Centers for Disease Control and Prevention (CDC) can be severe in children, has been circulating earlier than usual this year.

This year’s flu vaccine protects against two types of influenza A and at least one influenza B strain. Because flu viruses mutate from the time the vaccine is configured, the flu shot isn’t 100% effective. Still, the flu shot and good hygiene are your best protection against the flu, and the CDC advises that everyone age 6 months and older should get the vaccine.

Norton Healthcare providers confirmed more than 1,200 flu cases in children from the 15-county Louisville and Southern Indiana area in February. Nearly 62 percent of those were for influenza B.

In recent years, according to the CDC, more pediatric fatalities have been attributed to influenza B than in the broader population.

“A child with suspected flu should see a health care provider. It is important to monitor the child’s symptoms and be on the lookout for complications,” said Mark A. Brockman Jr., M.D., pediatrician with Norton Children’s Medical Group – Iroquois.

The difference between influenza A and B

Flu treatment when you need it

Norton Healthcare has convenient options for flu symptom treatment in kids and adults, including 24/7 access to a provider in person or online.