Has goal to focus on needs of patients and families 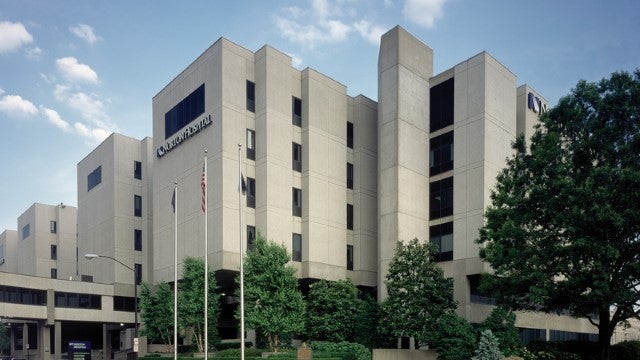 “The combination of Russ’ more than 30 years of experience in the health care arena, together with his having co-navigated the challenges and opportunities of leading Norton Healthcare with Steve Williams over the last 12 years, makes him uniquely qualified and well positioned for stepping into the role of President and CEO,” said Donald H. Robinson, chairman, Norton Healthcare Board of Trustees.

“Steve and Russ have developed an outstanding management team,” Robinson said.  “This will be a seamless transition so the thousands of patients served by Norton Healthcare, our employees, physicians, affiliates and partners can be assured that Norton’s focus on its mission, vision and values will continue well into the future.”

“Norton Healthcare’s roots as a steady and reliable faith-based health care provider go back 130 years,” said Cox. “Since the 1950’s there have only been four people who have served as CEO of this organization. I am both honored and humbled to be afforded the opportunity to serve the more than 13,000 employees who provide care to the patients and families of our community.

“Norton Healthcare has evolved into a leader not only in the number of patients we see, but in our commitment to transparency regarding our quality of care. As we move forward, the health care industry will become more complex than ever. Changes in financial payment systems, advances in technology and many other dynamics will present us with both challenges and opportunities. We are completely committed to being a consumer-driven health care provider. We will find ways to make the increasingly complex health care system easier to use, and as we have done for more than 130 years, we will provide the best care while always putting the convenience of our patients and families first.”

For 130 years, Norton Healthcare’s faith heritage has guided its mission to provide quality health care to all those it serves. Today, Norton Healthcare is a leader in serving adult and pediatric patients throughout Greater Louisville, Southern Indiana, the commonwealth of Kentucky and beyond. The hospital and health care system is the Louisville area’s third largest private employer, providing care at more than 225 locations throughout Greater Louisville and Southern Indiana. The Louisville-based not-for-profit system includes five Louisville hospitals with 1,837 licensed beds, 20 outpatient centers; over 13,000 employees; more than 800 employed physicians and mid-level providers, with approximately 2,000 total physicians on its medical staff. More information about Norton Healthcare is available at NortonHealthcare.com.