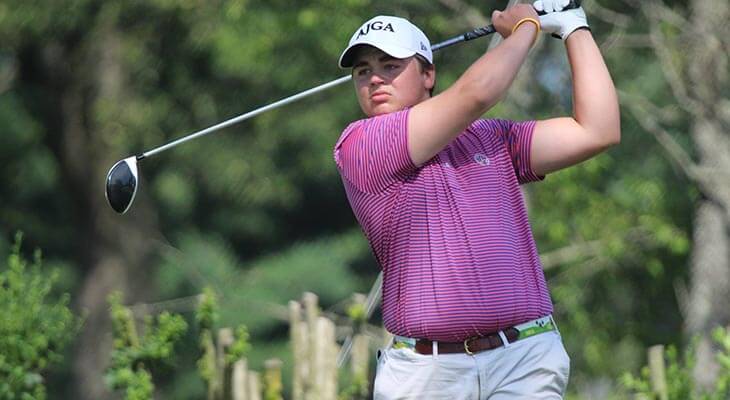 This article was originally featured in the spring 2013 issue of Cart Wheels magazine.

When Missy Kremer was five months pregnant, she had a routine ultrasound to check her baby’s development. What she and her husband, Rob, were told stopped them cold. Their baby had a possible birth defect.

“We cried and prayed a lot,” Missy said. “Then we did some research, thinking we needed to go elsewhere so our child would have the best care when he was born. We were told we were already in the best place possible — Norton Children’s Hospital.”

After more monitoring, the Kremers planned a delivery at Norton Hospital because of its maternal-fetal medicine program and proximity to Norton Children’s Hospital. When the delivery day arrived, everything went as planned.

“At first, we thought our baby, Campbell, was fine,” Missy said. “After he was examined by the pediatric cardiologist, we found out he had coarctation of the aorta. He was whisked away to the Norton Children’s Hospital neonatal intensive care unit.”

Coarctation of the aorta is a narrowing of the main artery leading from the heart to the rest of the body. It causes the heart to work harder. Left untreated, it can lead to heart failure or even death. To correct the issue, Campbell underwent heart surgery when he was just 1 day old. Specialists also found he had a ventricular septal defect, a hole in the wall between the left and right heart ventricles, that would need to be repaired when he was older.

“The hardest thing was coming home from the hospital without him,” Missy said. “He needed to stay at Norton Children’s Hospital for several weeks.”

During the next several months, Campbell made several trips to the hospital with respiratory issues, including a longer stay with RSV, respiratory syncytial virus, which causes lung and airway infection. Finally, at 9 months old he was able to have open heart surgery to repair his VSD.

“A child who has this type of congenital heart defect repaired can go on to live a very healthy life,” said Erle H. Austin III, M.D., chief of cardiothoracic surgery at Norton Children’s Hospital and cardiothoracic surgeon with University of Louisville Physicians. “Many children with congenital heart defects have several different problems with their hearts, as we found with Campbell.”

In addition to the two defects that were repaired, Campbell also has a subaortic membrane, which may need surgical repair down the road.

A subaortic membrane is fibrous tissue that grows just below the aortic valve, which controls blood flow from the heart to the entire body. The membrane can grow to obstruct blood flow or create valve leakage.

“It could take a year or several years before the growth is severe enough to require open heart surgery,” said Walter L. Sobczyk, M.D., pediatric cardiologist at Norton Children’s Hospital and UofL Physicians.

Now a high school junior, Campbell is an extraordinary golfer who is giving back to the hospital that helped save his life.