The gold standard for clubfoot treatment can begin soon after birth to help children with long-term motion and function of the foot and leg. 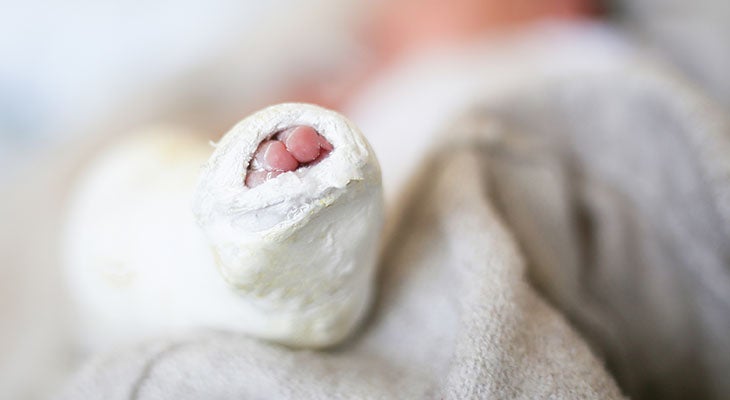 Clubfoot, sometimes known as club leg, affects roughly 1 out of 1,000 newborns. Clubfoot treatment, including the Ponseti method, can begin soon after birth. Treatment with a pediatric orthopedist can give children with clubfoot the opportunity to have nearly 100% effective correction on their affected feet.

Clubfoot is a condition present at birth that results in a child’s ankle being stuck downward, the foot being turned inward or often pointing toward the other foot and hooked onto itself. In about 50% of cases of clubfoot in children, both feet area affected. Clubfoot can be diagnosed at birth by a thorough physical examination. The condition can be detected in the womb through an ultrasound.

“More often than not, clubfoot is being presumptively diagnosed during routine perinatal ultrasounds,” said James E. Moyer, M.D., nonsurgical pediatric orthopedics physician with Norton Children’s Orthopedics of Louisville, affiliated with the UofL School of Medicine. “I offer perinatal consults to expectant parents to go over what treatment could look like for their child. I want to help dispel any misconceptions and ease any fears parents may have about orthopedic care their child will need.”

The Ponseti casting method is considered the gold standard of care for children with clubfoot. Clubfoot treatment, including Ponseti method and heel cord lengthening, is available at the Norton Children’s Orthopedics of Louisville clubfoot clinic.

According to Dr. Moyer, the Ponseti method essentially has two main phases, correction and bracing: