How much caffeine can cause an overdose? 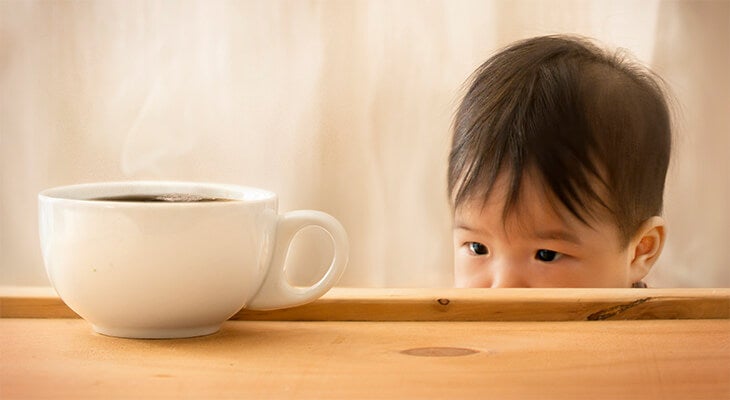 It’s been making national headlines this week — a teen in South Carolina died after consuming a heavy dose of caffeine. Reports indicate he drank a large Diet Mountain Dew, a café latte from McDonald’s and an energy drink just hours before his death.

Dying from caffeine? Experts say it’s highly unlikely (there’s speculation other factors might have played a role in the South Carolina case). Still, consuming too much can cause problems.

“Exceeding 200 to 400 milligrams of caffeine in a four-hour period can cause issues with your heart,” said Ashley Webb, director of the Kentucky Poison Control Center at Norton Children’s Hospital. “And you can get to that point quicker than you think. Some 16-ounce coffee drinks alone contain 150 milligrams of caffeine, while many energy drinks pack an excess of 100 milligrams.”

Nationally, emergency room visits tied to energy drinks have been on the rise. Researchers found that emergency visits involving energy drinks jumped from 1,100 in 2005 to more than 13,000 in 2009.

If you suspect a caffeine overdose, call the Kentucky Poison Control Center at (800) 222-1222. Calls are free of charge. Medical experts are trained to assess the situation and recommend appropriate care.

Symptoms of caffeine overdose range from vomiting and rapid heartbeat to disorientation, seizures and heart arrhythmias that could be fatal.

“People with heart disease or heart abnormalities should avoid definitely avoid excessive caffeine,” Webb said. “You could imagine how consuming several caffeinated drinks, particularly in a short period of time, can be potentially dangerous.”

“Not only are more adolescents drawn to energy drinks to combat poor sleeping habits, they’re also mixing these drinks with alcohol, thinking they can drink longer,” Dr. Crase said. “This can lead to a very dangerous situation in more ways than one. Talk to your kids about building healthy habits so they don’t feel the need to rely on caffeine — either to stay awake or for social acceptance.”