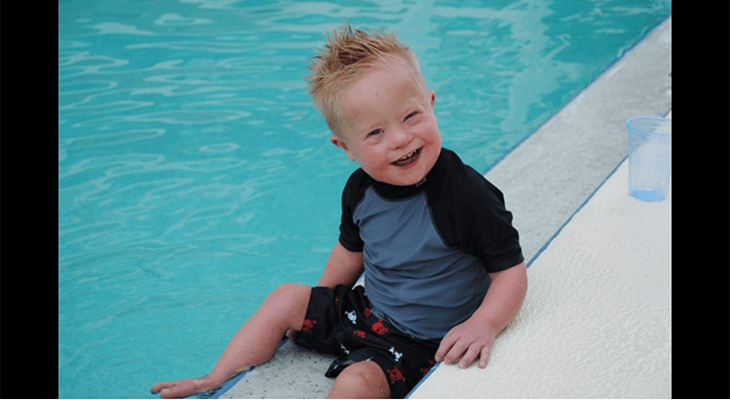 Julie Spry called “The Kane Show,” a national radio show, three times before she finally got through. She shared the story of how people were helping her mark what would’ve been her son’s 10th birthday. Julie wanted to honor his memory in the new Jennifer Lawrence Cardiac Intensive Care Unit (CICU).

Julie’s late son, Brady Zgonina, spent a lot of time at Norton Children’s Hospital during his three short years. Brady was born with multiple congenital heart defects and passed away in October 2011. A $25,000 donation would allow her to name a room in the unit after Brady. The room would be situated where her son spent his last days. She’d raised $17,000 but had $8,000 more to go when she decided to call the radio show.

The Jennifer Lawrence CICU was established in 2016 with a $2 million gift from the namesake foundation. At the time of the initial gift, the foundation challenged the community to raise an additional $2 million to support construction of the unit.

The CICU will feature specialized space for children recovering from heart procedures; open heart surgery, including heart transplant; heart failure; and other conditions requiring intensive care. The center is part of a large renovation currently underway at the hospital.

Millions of listeners hung onto Julie’s every word as she shared her story on the show’s “What’s Good Wednesday” segment.

“It’s really, really hard to lose a child, so I try and put all my strength and energy into something positive,” Julie told the DJ.

What happened next, she didn’t see coming. That phone call touched the hearts of listeners across the country — and donations began flowing in.

“The Kane Show challenged their listeners to get us to our goal. I thought maybe we would get some donations, but in a matter of an hour and a half, we reached our goal,” Julie said.

With their compassionate gifts, Julie didn’t just meet her goal — she far surpassed it.

Read more: A look at the first year of renovations at Norton Children’s Hospital

“When the donations came flying in, it was just instant tears of joy,” Julie said. “I was so moved by such generosity from complete strangers.”

To date, Julie has raised more than $31,000. Despite reaching her goal, her fundraising efforts continue to help other children like Brady.

“I want to keep the momentum going,” Julie said. “Just because I’ve reached my goal doesn’t mean that it isn’t important to still contribute to this amazing unit and hospital.”