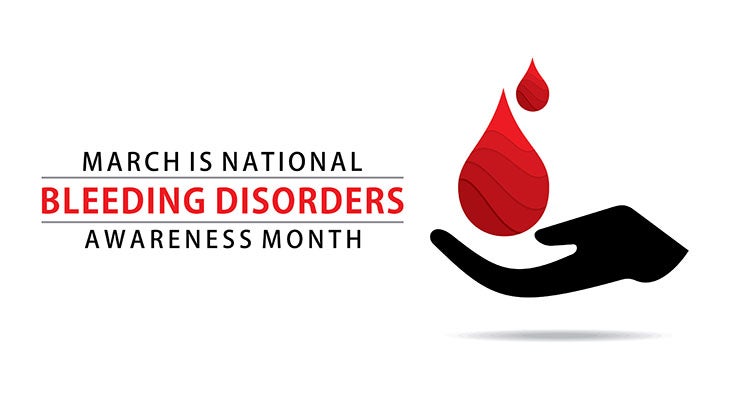 There are 30,000 to 33,000 people living with hemophilia in the U.S., according to the National Hemophilia Foundation. The two most common types of hemophilia are:

Hemophilia can be mild, moderate or severe depending on the clotting factors available in a person’s blood.

Von Willebrand disease is the most common bleeding disorder, affecting 1 in every 100 people, according to the National Hemophilia Foundation. An individual can have Von Willebrand disease regardless of gender, but patients who have menstrual cycles often experience more symptoms. The Centers for Disease Control and Prevention (CDC) estimates that it takes an average of 16 years from the onset of symptoms for a person assigned female at birth to be diagnosed with VWD.

A child with hemophilia may experience symptoms such as:

How are bleeding disorders diagnosed?

If your family has a history of bleeding disorders, testing soon after birth is available. However, new mutations of genes can cause a bleeding disorder in families with no history. A pediatrician can order testing if a baby or child is showing signs of a bleeding disorder. Testing would include tests to see if the blood is clotting appropriately. If it is not, clotting factor testing, called factor assays, would be done to find the cause and severity of the bleeding disorder.