Being a rookie all over again

Being a rookie all over again

More kids are trying new sports at later ages. Can they be competitive compared with their seasoned peers? 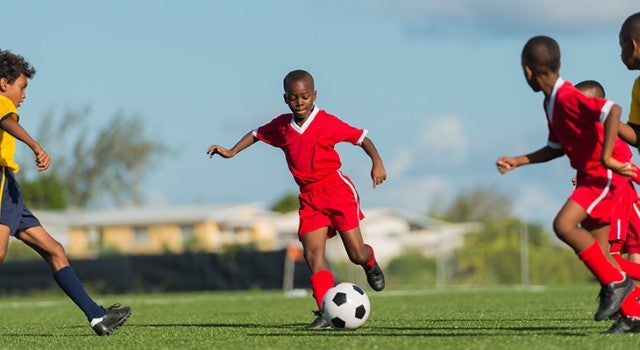 We’ve all heard the stories about great athletes who started at a very young age. The Williams sisters first picked up tennis rackets at 3 years old. Tiger Woods could barely talk when he appeared on the “Mike Douglas Show” and putted with Bob Hope.

In a world of travel ball and year-round practices, the pressure to specialize a child in one sport is higher than ever. But what happens if your teen – after years of training in one sport – decides to exchange the gridiron for a baseball diamond or a tennis racket for a lacrosse stick? How far behind will your child be compared with fellow athletes? Do they have a chance of success in their new sport?

“There are a number of reasons why an athlete might make the switch,” Shannon said. “Maybe they are no longer enjoying their current sport and have noticed something else that has piqued their interest. An injury could force them into a sport where the chance of re-injury is less common. Maybe they are enjoying their sport, but they see their friends having more fun playing another sport and want to give the latter a try.”

Switching sports comes with challenges — but not as many as you might think. The downside may be the lack of practice in the new sport, especially compared with teammates and opponents who are more seasoned.

But Shannon said if the athlete has a history of playing another sport, recall skills can be transferred. For example, if the new sport is similar, such as volleyball versus tennis, skills such as serving may transfer from one sport to the other.

Shannon said skill gap can be narrowed by young athletes putting in what she calls deliberate practice, which takes into account not only the number of hours of practicing but also the quality of each practice.

So what should you do as a parent if your child wants to change sports?

Jennifer Brey, M.D., pediatric orthopedic surgeon, Children’s Orthopedics of Louisville, offered this advice:
“Parents need to listen to their child,” Dr. Brey said. “If you’ve got a kid who’s been playing football forever and they’re very talented but not into it, I think there is no role in forcing the child to continue to play if he wants to play something else. Think of it as building more skills than your child had before.”

What about getting a college scholarship or even a chance at a professional sports career?

Shannon said it may take more time and money for an athlete who starts a sport later to be able to play at a high level, but it is by no means impossible. In fact, almost every player selected in the first round of last week’s NFL draft played multiple sports in high school.

“Jimmy Graham of the Seattle Seahawks played tennis, baseball, football and basketball in high school,” Shannon said. “He went to Miami on a basketball scholarship and after graduating with two degrees decided to start graduate school and play a season of football. The important thing is to be encouraging and give your young athlete the tools and opportunity to succeed.”

Norton Sports Health and Children’s Orthopaedics of Louisville help athletes of all ages stay in the game. To learn more about how they can help your child, call (502) 629-KIDS.