Baby fell out of bed? Know the signs of concussion in a baby

Baby fell out of bed? Know the signs of concussion in a baby

A toddler's or baby's concussion symptoms are generally the same as other ages, but since children can't communicate like adults, here are signs to watch for: 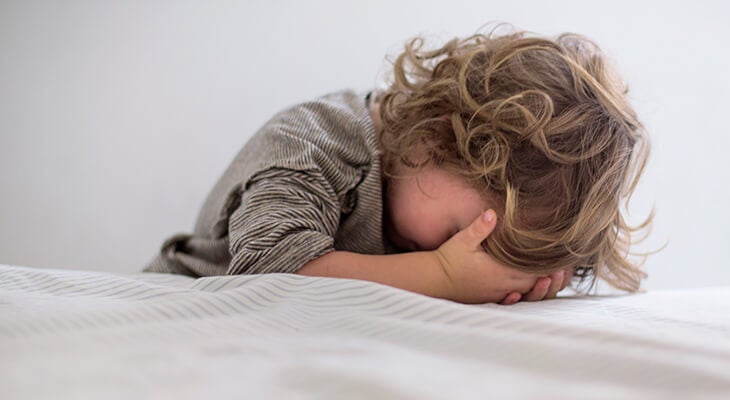 A toddler’s or baby’s concussion symptoms are generally the same as other ages, but since children can’t communicate like adults, here are signs to watch for:

Signs of concussion in a toddler

A toddler may be able to communicate when their head hurts and be more vocal about symptoms, which can include:

Signs of concussion in 2-year-old, 3-year-old and up

Older children may show more behavioral changes, such as:

Patients from across the country and around the world come to Norton Children’s for neurology and neurosurgery care.

“Young kids are susceptible to concussions as the result of all kinds of trauma,” said Ian Mutchnick, M.D., neurosurgeon with Norton Children’s Hospital and Norton Neuroscience Institute. “It’s sometimes challenging to determine if they’ve suffered a brain injury because they can’t communicate symptoms like older kids. Plus, some post-concussion symptoms affect higher-level cognitive processes, which a young child may not have yet.”

Young children who have had a concussion tend to bounce back more quickly than their older peers, according to Dr. Mutchnick.

“The ability for the brain to reorganize itself and form new connections is generally at its strongest in early childhood, so most children recover from concussion without medical intervention,” he said. “It also helps that young children can focus just on eating, sleeping and playing — unlike a teen or adult who has more on their plate and may find it harder to rest and care for an injured brain.”

When to see a doctor for a child’s concussion

“Certainly, if the child has lost consciousness or suffered a significant trauma, go to an emergency room,” Dr. Mutchnick said.

“If at first it didn’t seem that bad — or even if you went to the emergency room and they gave you the ‘all clear’ — if you see any evidence of concussion, it’s a good idea to get the child checked out,” he said. “A lot of times, your primary care physician is a good place to start. If more is needed, your primary doctor can direct you to the right place.”

How to help a child’s concussion recovery

Only in rare cases can a concussion cause permanent brain damage. However, having a second concussion while there are still symptoms of the first can be dangerous.

“If a child has suffered a concussion, I advise parents to keep an extra-watchful eye on them for the next few weeks,” Dr. Mutchnick said. “I also tell them to let their child rest. An injured brain gets worse with too much activity. With a concussion, in most cases the body will eventually heal itself with the right amount of rest and respect.”