Separating autism myths from the facts

Separating autism myths from the facts

Autism myths continue to persist despite how common the condition is. We break down some of the common autism myths from the facts for parents. 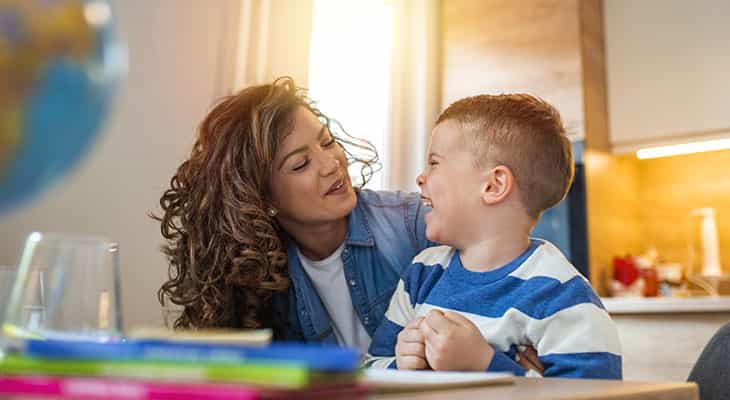 About 1 in 54 children in the U.S. has autism spectrum disorder (ASD), according to the Centers for Disease Control and Prevention (CDC). Despite how common the disorder is, autism myths continue to persist. These myths spread through word of mouth, the internet and social media. They also can make it more difficult for children to get the care they need.

Autism myth: There are many types of autism

In 2013, the “Diagnostic and Statistical Manual of Mental Disorders,” fifth edition (DSM-5), redefined the criteria for providers to diagnose autism. Autism spectrum disorder was previously regarded as three separate diagnoses: autistic disorder, pervasive developmental disorder – not otherwise specified and Asperger’s disorder. The DSM-5 marks the beginning of ASD as a single disorder made up by symptoms involving social communication and interaction, as well as limited communication, behavioral challenges, and limited range of activities or interests. Children with ASD can have a wide variety of symptoms and experience different abilities, skills, and treatment outcomes.

In 1970, an estimated at 2 to 4 in 10,000 children were diagnosed with autism. Because it’s much more common today, this has led some to believe that autism is an “epidemic.” However, it is the fact that the condition was once defined very narrowly that led to fewer diagnoses. The definition first expanded in the 1980s with the concept of the “autism continuum,” which later became “autism spectrum” in 2013. These expansions allowed for more children, teenagers and adults with symptoms to get a diagnosis and the care they needed.

Claims that vaccines are linked to ASD have been rejected by the medical community. The 1998 case series that alleged a link between the measles, mumps and rubella (MMR) vaccine and autism has been retracted by The Lancet, the medical journal that published it and the study was disavowed by its co-authors. The study’s main author was determined fraudulent and his medical license was revoked. Since that time, studies on a wide variety of vaccines including the MMR has shown no link to autism.

Autism is a neurodevelopmental condition that has no single cause. Research suggests that genetics, including chromosomal changes that can be inherited from parents or randomly develop, plays more of a leading cause than environmental factors. Environmental factors may play a role in the severity of symptoms in some children.

With early and ongoing interventions, therapy and support, children with ASD can thrive at the highest levels of their ability.

Autism myth: There is a cure for autism

There is no cure for autism — only treatments that may help children overcome developmental delays. There also is no one-size-fits-all treatment plan for children with ASD. Children are treated with a wide range of therapies based on their unique set of symptoms and experiences. Multidisciplinary, family-centered autism treatment that meets the needs of a child and family can help build on the child’s strengths and help address any ongoing issues.

Parental support and training also are key to autism treatment. Parents can get help from their child’s autism care team about understanding the condition and how to best address a child’s specific challenges at home.

Some kids with ASD may show signs in their first few months of life, while others may not show signs until age 2 or 3. While there is no cure, there are proven benefits to early diagnosis and intervention. Studies show that early developmental and behavioral therapies show promise in decreasing symptoms and increasing social engagement and communication between children and parents.

“Early diagnosis gives families the opportunity to get the education and support they need to help devise treatment plans in order for their children to thrive and have the potential for a better life,” said Gregory Barnes, M.D., Ph.D., child neurologist at Norton Children’s Autism Center, affiliated with the UofL School of Medicine.