Attention deficit/hyperactivity disorder (ADHD) affects up to 11% of American children. Learn some ADHD facts; know the truth vs. myths. 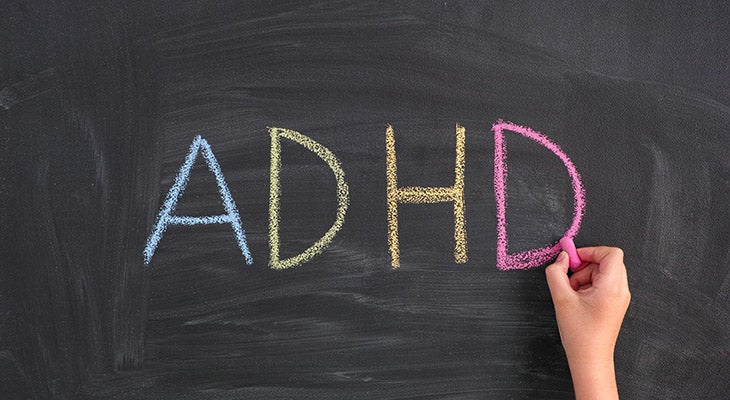 Attention deficit/hyperactivity disorder (ADHD) affects up to 11% of American children, and Kentucky has the highest rate in the country — more than 18% — according to Centers for Disease Control and Prevention (CDC) data. Despite the prevalence of ADHD, it is one of the most misunderstood chronic neurodevelopmental disorders. By debunking the myths and arming yourself with ADHD facts, you can better understand the condition and potentially get help if your child is experiencing symptoms.

ADHD can be difficult to diagnose, primarily because there is no routine medical test for the disorder. It is especially tricky to identify in children, because almost all kids experience the major symptoms to some degree at some point, such as inattentiveness, hyperactivity and impulsivity.

The symptoms of ADHD also mirror those of other psychological conditions, disruptive behavior disorders, learning disabilities and physical conditions such as sleep apnea, which can complicate the general understanding of ADHD.

Myth:ADHD is not a real disorder.

Fact:ADHD is listed in the Diagnostic and Statistical Manual of Mental Disorders and recognized by psychiatric associations.

ADHD also is confusing because so little is known about the cause and because no two cases of ADHD look the same. Scientists believe there is a strong genetic link to developing the condition, and they have ruled out previous ideas that it is linked to excessive sugar intake. They also have noted that the disorder manifests differently in each person, meaning that one child with ADHD, for example, may have high energy and tendencies to misbehave, while another may daydream often and be excessively forgetful. This is why ADHD has become an umbrella term that includes a wide range of symptoms, including the previously separate condition known as attention deficit disorder (ADD).

If you recognize any of the major symptoms — difficulty paying attention, restlessness, excessive moving or talking, inability to complete one task, forgetfulness, etc. — it might be time to speak with your child’s pediatrician. Your child’s primary care provider can help you set up an appointment with a psychiatrist. It is important to provide a detailed history of your child’s experiences and behaviors so that the physician can provide an accurate diagnosis.

One thing is certain, though: ADHD is a recognized disorder, and when left undiagnosed and untreated, it can have serious implications for your child’s school performance, social life and everyday experiences.

Myth:Children with ADHD are always hyperactive.

Myth:Children who can focus on activities do not have ADHD.

Fact:With “attention deficit” in the name, it would seem that all children with ADHD struggle to stay attentive while completing a task. However, because the symptoms fall on a spectrum, some children actually experience “hyperfocus,” or an intense focus on something particularly stimulating, at times.

A good way to think about ADHD is that it includes disordered attentiveness rather than just lack of attentiveness. A child with ADHD is unable to control his or her focus.

Myth: ADHD is a learning disability and will keep my child from doing well in school if my child has it.

Fact:Both ADHD and learning disabilities are neurological disorders that affect how the brain receives, processes and responds to information, according to the National Center for Learning Disabilities, but they are different conditions altogether.

Learning disabilities like dyslexia or dyscalculia affect a person’s ability to absorb and understand particular skills within the classroom, such as reading or math. ADHD, on the other hand, tends to affect relationship-forming, following directions and completing routine tasks. Having difficulty sitting still during class and completing assignments may make it challenging for your child to perform well in the classroom, but an ADHD diagnosis does not mean your child will be unable to grasp concepts, which can be the case with some learning disabilities.

When properly diagnosed and treated, most kids with ADHD can excel in school and in other areas of life.

Myth:The only way to treat ADHD is with medication.

Fact:It is important to understand that ADHD cannot be cured, but there are several treatment options to help your child manage symptoms.

The first option is medication, which can include stimulants and nonstimulants. Both have been shown to have a positive effect on children with ADHD. Because every child responds differently to medication and has a unique set of symptoms, your child’s physician may try out different types until you find what works best for your child.

A second option is behavioral therapy, which can include helping your child create routines and avoid distractions.

Usually the best practice is to use a combination of medication, behavioral therapy and parent education in order to effectively manage symptoms. ADHD can continue into adulthood and pose challenges in different ways. Adults with untreated ADHD are more likely to abuse substances, and they often have coexisting mental disorders, such as depression or anxiety.

Remember, a diagnosis of ADHD is not a disability. Most children and adults who receive treatment for ADHD live healthy, successful lives.