Motivated by his grandson’s battle with cancer, Mark Haney created a way to help other kids become little warriors. 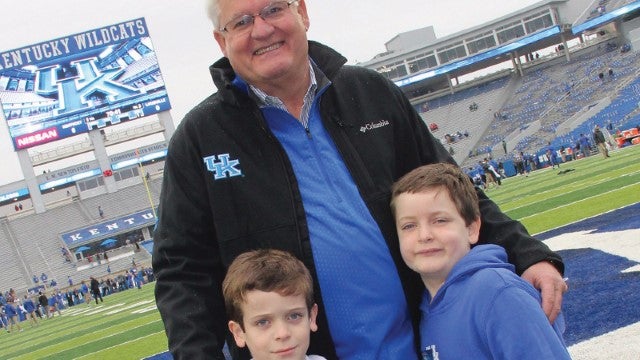 Willie Sequeira was diagnosed with leukemia in 2013 just weeks after celebrating his fourth birthday. As his treatment proceeded, he began spending more time in the Addison Jo Blair Cancer Care Center at Norton Children’s Hospital.

“The emotions around a cancer diagnosis for anyone are huge, especially when it involves a child,” said Mark Haney, Willie’s grandfather. “We are a close-knit family and we just decided from the beginning that we would be there to support Willie and the rest of the family. We would be an anchor for them to lean on anytime they needed us.”

As Willie’s treatment regimen continues, a normal, day-to-day routine is anything but normal.

“During Willie’s treatments he is sometimes limited on places he can go or things he can do because of his compromised immune system. We are fearful of him catching a virus and becoming ill,” Haney said. “We are discovering through friends we have made who are surviving cancer, that after a child who has battled cancer leaves the hospital it can be difficult to carry on as other children do.”

To date they have raised more than $65,000 and are continuing to raise money. A driving force behind fundraising efforts for Willie’s Warriors is the annual Kentucky Farm Bureau Golf Classic, held each August. Haney, president of Kentucky Farm Bureau, recalls being asked by friends and colleagues how they could help support Willie and his family.

“Members of the Farm Bureau from all around the state led the charge in donating proceeds from the golf event to Willie’s Warriors. I am honored and humbled by their generosity and kindness,” Haney said.

Willie is close to finishing his treatments. He and his older brother love to visit their grandparents at the family’s apple orchard, Haney’s Appledale Farm, in Nancy, Kentucky. Haney’s job requires him to travel to Louisville quite often, allowing him to spend more time with his grandsons.

Get more information on how you can join Willie in supporting Norton Children’s Hospital.