Little girl needed more than 30 surgeries and procedures — many to restore healthy circulation between her heart and lungs. 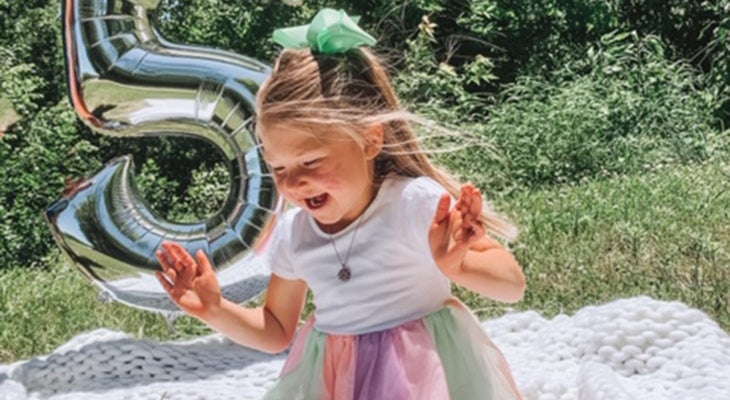 Kara Ainsley is a registered nurse at a rehabilitation facility in Bowling Green, Kentucky. She can tell when things are going smoothly and when they aren’t.

After a relatively uneventful pregnancy, she labored the morning of May 31, 2015, at the local hospital. If there was anything unusual about her labor it was the duration — about four or five hours.

Little Rykar came into the world crying, wiggling, as sweet as could be and ready for her first bath.

The nurse bathing Rykar noticed she was breathing rapidly and having trouble regulating her temperature. Rykar was moved to the neonatal intensive care unit when she was 6 hours old.

There, an echocardiogram showed there were issues with her heart that needed the kind of specialized care available at Norton Children’s Hospital.

Kara was overwhelmed with emotion as her simple pregnancy suddenly turned very complicated.

“As a nurse, I knew things could get bad,” she said.

The “Just for Kids” Transport Team from Norton Children’s Hospital briefed Kara on the next steps before they secured Rykar in a helicopter and prepared to monitor her condition during the flight to Louisville.

“We were able to watch them load her, which provided a sense of peace. We knew they were going to give her exceptional care,” Kara said.

By car, the trip to Louisville is about two hours. The “Just for Kids” Transport team can do it in about 45 minutes.

When the team got Rykar to Norton Children’s Hospital’s neonatal intensive care unit, a physician called Kara with news of Rykar’s safe arrival and an update on the plan. Kara would be there soon.

“It was synchronized clockwork from the transport team to the receiving team at Norton Children’s Hospital,” Kara said. “Upon our arrival, the team met us at the door to walk us to Rykar. The nurses and doctors provided a very clear understanding of the entire process.”

In addition to the helicopter, the “Just for Kids” Transport Team uses specially equipped mobile intensive care units and an airplane to transport young patients in need of sophisticated, sometimes life-sustaining care.

Rykar was diagnosed with tetralogy of Fallot with pulmonary atresia and major aortopulmonary collateral arteries (MAPCAs).

“She was not the textbook scenario. She broke every rule,” Kara said.

Rykar’s pulmonary arteries, which pump blood to her lungs, hadn’t grown to take over from the embryonic configuration of the heart. This MAPCAs condition typically is seen in conjunction with tetralogy of Fallot with pulmonary atresia.

Tetralogy of Fallot itself is a combination of four congenital heart defects that disrupt the healthy flow of blood through the heart and lungs.

Erle H. Austin III, M.D., and Deborah J. Kozik, D.O., pediatric cardiothoracic surgeons at Norton Children’s Heart Institute, affiliated with the UofL School of Medicine, performed the first of what would be more than 30 surgeries and procedures — many to restore healthy circulation between Rykar’s heart and lungs.

The next day, Rykar went into cardiac arrest. She was placed on extracorporeal membrane oxygenation (ECMO), a type of life support, which helped give her heart and lungs a chance to heal. One risk of ECMO is poor circulation to the extremities. The lower part of Rykar’s right leg had to be amputated.

Obviously, Rykar’s odds were not good.

Norton Children’s Heart Institute is able to bring quality care to kids throughout Kentucky with the help of generous donations.

“Rykar was fighting for her life, and Dr. Austin reassured us with his fight for her life,” Kara said. “We could see and feel the fight by her entire team. During our five-month stay, staff had become like family. I was there every moment of day; the team at Norton Children’s Heart Institute went beyond taking superior care of my little girl — they were taking care of mom too.”

Kara celebrated a birthday with members of the team during Rykar’s stay.

‘My little fighter was in good hands’

Finally, Rykar was ready to go home. The team at Norton Children’s Heart Institute was always just a phone call away anytime, any day.

As it turned out, Rykar needed them to be a helicopter ride away again.

Rykar was home less than 24 hours when she experienced a seizure related to an adjustment in her medication. Her family went to their local hospital where the “Just for Kids” Transport Team met them for another flight to Louisville.

This time, Kara was able to join Rykar for the trip. Watching the care Rykar received during the flight and the constant communication between intensive care nurses, respiratory therapists and emergency medical technicians during the trip added to Kara’s confidence.

“Once again, I felt a comfort level that my little fighter was in good hands,” she said.

Despite a tough start to life and continued challenges resulting from her cardiac arrest, Rykar continues to grow.

She’s starting to learn some sign language and how to use her prosthetic leg. After a summer of playing and swimming with her three siblings, Rykar is due to start kindergarten in Bowling Green.

“It is astounding to see the progress Rykar continues to make,” Dr. Kozik said. “She pushes herself to hit milestones with communication and mobility. Rykar is a remarkable little girl.”

And with kindergarten coming up, the Ainsley family knows they’ll have an active and happy little girl.

“We have a feeling her favorite part of school will be outdoor recess,” Kara said.