A base tan before the beach doesn’t prevent burns

A base tan before the beach doesn’t prevent burns

Pale is still the new tan 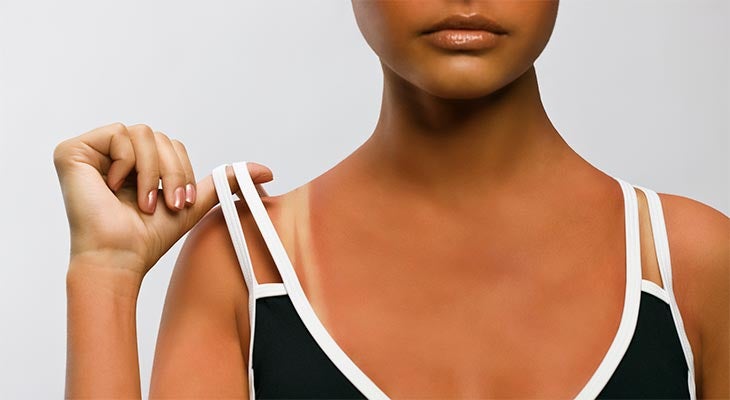 It’s been nearly one year since we shared that pale is the new tan, but studies show 18- to 29-year-olds still make up a significant number of individuals who use indoor tanning beds.

According to the Centers for Disease Control and Prevention (CDC), using a tanning bed before going on a beach vacation does not prevent you from sunburn.

According to the CDC, a base tan does little to protect you from future damage to your skin caused by UV exposure. In fact, people who tan indoors are more likely to report getting sunburned.

Melanoma, the most deadly type of skin cancer, is responsible for 75 percent of all skin cancer deaths. Melanoma rates in the United States have climbed steadily over the last two years. Kentucky ranks among the top 10 states in the nation for highest incidence of melanoma.

According to the Skin Cancer Foundation, just one indoor ultraviolet (UV) tanning session increases the chance of developing melanoma by 20 percent, and each additional session during the same year boosts the risk by almost another 2 percent.

Jae Jung, M.D., Ph.D., a dermatologic oncologist with Norton Cancer Institute, specializes in cancers and other serious diseases that affect the skin. Dr. Jung said the two most important things she could tell anyone are simple:

What are the two biggest risk factors for melanoma? You guessed it: a history of sun burns and regular exposure to ultraviolet (UV) light, which is used in tanning beds.

So there you have it. Pale is beautiful. Pale still is the new tan. Embrace it.