2 years after emergency heart surgery when he was born, Trent is happy and energetic

2 years after emergency heart surgery when he was born, Trent is happy and energetic

Trent Robinson was diagnosed with transposition of the great arteries, a potentially fatal congenital heart defect in which the pulmonary artery and the aorta are reversed. 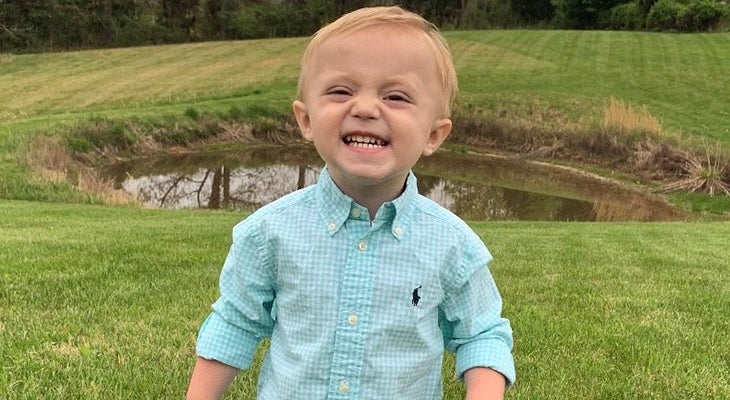 Trent Robinson was rushed to Norton Children’s Hospital by ambulance from a nearby hospital just after being delivered by emergency cesarean section in March 2018.

“He was turning blue. I got to see him for a split second as I was lying on the operating table,” said Brooklynn Robinson, Trent’s mother.

Trent was diagnosed with transposition of the great arteries, a potentially fatal congenital heart defect in which the pulmonary artery and the aorta are reversed. As a result, oxygen-rich blood was flowing to his lungs, and oxygen-poor blood was circulating through the heart and body.

The shortage of oxygen-rich blood is life-threatening and requires immediate attention.

At Norton Children’s Hospital, Trent underwent an emergency septostomy, a cardiac catheterization procedure during which a small hole was made in the wall between the left and right atria. This allowed the oxygenated and nonoxygenated blood to mix in Trent’s heart, a temporary fix until open heart surgery could be performed.

“We’re forever grateful for his heart surgeon, Dr. Kozik, who literally saved his life,” Brooklynn said. “And we’re really appreciative of ‘Dr. Lia’ and the nurses, who were just amazing with Trent and us.”

Call to learn more about our services or to schedule an appointment with Norton Children’s Heart Institute, affiliated with the UofL School of Medicine.

Dr. Lia is a former University of Louisville neonatologist who rode with Trent in the ambulance to Norton Children’s Hospital and sent Brooklynn pictures and videos of her newborn son while she recovered from her cesarean section.

Trent required a second catheterization a week after his open heart surgery to check the pressures in his heart from where he experienced supraventricular tachycardia (SVT). Trent’s heart rate was over 240 beats per minute a few days after his surgery. The cath ruled out a potential issue with the pulmonary artery, and Trent no longer needs medication to control his heart rate.

If Trent’s improvement continues, he will need follow-ups only annually. He is Brooklynn and Derick Robinson’s first child — “a very sweet little boy,” according to Brooklynn.

“He’s been happy from day one — always smiling,” she said.