Nurse remembers taking in burn patient with nowhere to go

Nurse remembers taking in burn patient with nowhere to go 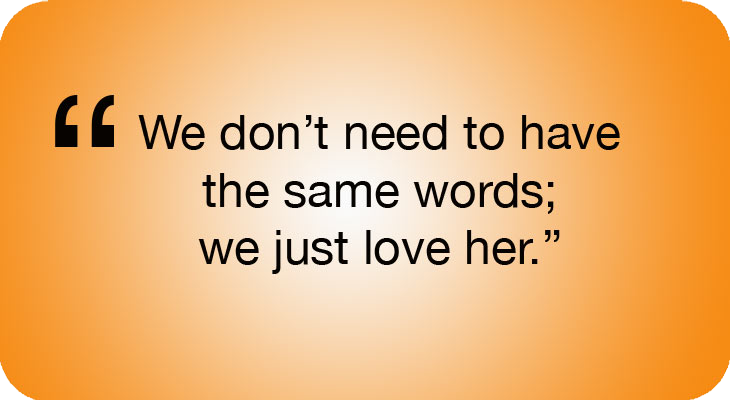 It was spring of 1985 when 14-year-old Maria appeared in the Norton Children’s Hospital burn unit. She’d been flown to Louisville from Ecuador and she really needed help. More than a third of her body had been torched — for an unknown reason she had put gasoline in her hair and walked by an open flame on a stove. Her face and arms were covered with burns.

I remember like it was yesterday. Maria came to us through a sister city program that involved our burn unit medical director, Dr. John Weeter. She appeared in the unit wearing jeans and a T-shirt but had a slight veil over the lower half of her face and her bangs were long enough to cover the upper half.

Maria was here for reconstructive surgery around her eyes and scar revision. Despite the hidden face and the huge language barrier, it didn’t take her long to become fast friends with the burn unit staff.   After her surgery, she needed to be discharged before going through the next procedure in two weeks.

The only trouble was we had no one to send her home to. She didn’t come here with family. My other nurses and I looked at one another. What do we do now?

The next thing I realize she’s in my car going home with me (it was certainly a different time then). Someone had to take care of her and we didn’t find any other option. Even though I recalled very little of my two years of Spanish from high school, I had kids of my own at home and I thought my experience in the burn unit could help in her recovery.

Our first stop was to get a Spanish-English dictionary, which turned out to be the best purchase. We wore it out. My kids — 4 and 6 at the time — loved Maria immediately and she them. They would run around and giggle. Maria started calling them her little corazon (my heart). Not once did either of my children ask about her scars or why she talked differently. It was like they didn’t even notice either one.

She didn’t come to the U.S. with much, so the next day we went clothes shopping. She was shy to go out in public but was grinning in the dressing room. She was so excited for new clothes. I didn’t know her family circumstances, so I wasn’t sure if this was a really special time or she just loved shopping. The grocery was even better as she wandered up and down aisles grabbing various items and asking, “This OK?” I couldn’t say no. I’m sure it would have been different at home, but I let her get everything she wanted.

Dr. Weeter discovered Maria liked Tina Turner and so he got tickets for us and another nurse to go see her at Rupp Arena. We all had a great time. Listening to Maria belting out Tina songs was quite the riot — it was like she was an American teenager.

Several weeks later Maria returned to Norton Children’s for the next surgery. During our time with her, Maria’s story caught the eye of a Spanish-speaking family associated with the sister city program. The decision was made that she should go with that family to help with the language barrier. I remember my daughter responding by saying, “We don’t need to have the same words; we just love her.”

After her next surgery, Maria left Norton Children’s with the other family. My kids and I went to visit her every chance we got.

Several weeks later, Maria went home to Ecuador. It was a bittersweet goodbye. She had touched our lives — our hearts. Hopefully, we did the same.

I don’t know whatever happened to Maria — she is 49 years old now — but we often talk about her and such a wonderful experience. It was one of the highlights of my nursing career.

We want to capture and share these memories throughout the year — to tell the real story about the passion, love and miracles that have made Norton Children’s Hospital the place it is today.

Click here to tell us your story. When you complete the form, you’ll be entered for a chance to win a ride for two in the Norton Children’s Hospital hot air balloon. See rules here.