With the help of seizure medication, Wyatt Shaw is once again the life of the party 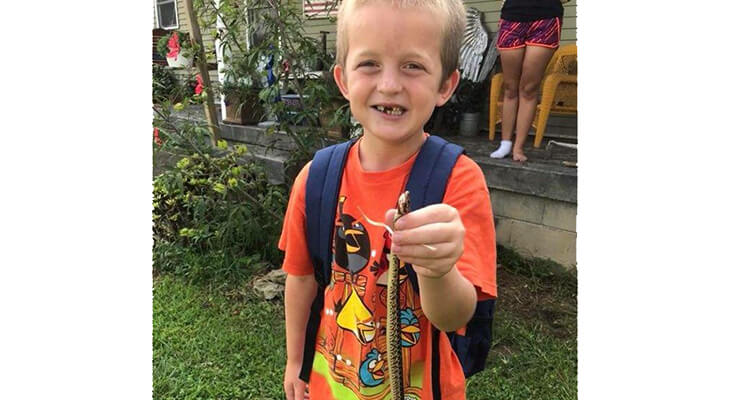 Then 7 years old, Wyatt served as a ring bearer at a wedding in Elizabethtown, Kentucky. He spent the evening making jokes and dancing with the girls in the bridal party. But 48 hours later, he was unable to stay awake.

Wyatt was rushed to Norton Children’s Hospital, where he underwent observation. Doctors monitored his brain activity as the second-grader slept for 11 days.

“We ultimately determined that Wyatt was having seizures,” said Christopher Barton, M.D., pediatric neurology resident with Norton Children’s Hospital and the University of Louisville.

Neurologists then put Wyatt on several seizure medications. He woke up the next day. Though groggy and unable to walk and fully talk, he was back to making jokes and pulling pranks on his family and the medical staff.

After several more days at Norton Children’s Hospital, Wyatt returned home with his family. But his journey was far from over.

It’s been just over a year since Wyatt’s ordeal. Today, he’s recovered and once again the life of the party.

“He’s still on one seizure medication but has hasn’t had any recurring symptoms,” Amy said.

Wyatt also has improved in other ways. His speech, which required therapy, has returned. His vision and ability to read also are back to normal.

“I’m very excited to see that Wyatt is doing so well,” Dr. Barton said. “He’s made remarkable progress. I’m optimistic that we can eventually take him off all seizure medications.”

“Every day he becomes a little bit more like the little boy he was before he fell asleep,” she said. “It’s been a long, crazy year of recovery, but he’s doing great. He loves to catch snakes and turtles and any other slithery creature he can get his hands on. He’s trying to talk me into letting him have his own Steve Irwin-type YouTube channel.”