What to watch when it’s too hot outside

What to watch when it’s too hot outside 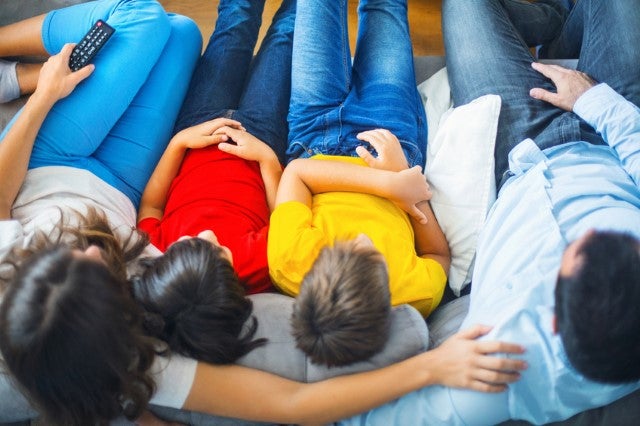 It’s going to be a scorcher this weekend. Since tanning isn’t good for your health and we’ve told you to avoid mosquitoes, you might just decide to stay in.

Not to worry, sitting in a cool, dark room watching a movie might just be a great way to beat the heat. Why not turn it into a way to spend quality time with your kids. Spending quality one-on-one time with them has benefits that can even lead to less need for discipline and a stronger bond.

Here are some great movies that will appeal to young and old alike.

1. “The Adventures of Milo and Otis”: This oldie but goody from 1986 captures the adventures of an unlikely dog and cat duo. Loyal Otis roams the countryside in an effort to save his feline friend after she gets swept away by a rushing river.

Why your kids will love it: This film, which took four years to make, is entirely void of humans. The starring cast is a variety of friendly animals, and their escapades are brought to life with music and narration by Dudley Moore.

Why you will love it: the story is completely wholesome and, if you’re like me and have never been to Japan (where the movie was filmed), it’s striking to see how similar its countryside is to the Bluegrass state.

Where to get it: Rent on Amazon or try your local library; Louisville Free Public Library does not carry it

2. “Ever After”: Drew Barrymore stars in this Cinderella makeover that brings the moral into the 21st century.

Why your kids will love it: Especially suited for somewhat older girls (my nearly 7-year-old was just old enough to stay engaged the entire two hours), this story makes it clear that girls are quite capable of rescuing themselves, thank you very much. My oldest watched it two days in a row.

Why you will love it: Filmed in the Dordogne region of France, it’s a virtual vacation. And then there’s the whole girl power thing.

Where to get it: Rent on Amazon or try your local library; Louisville Free Public Library does not carry it

3. “The Song of the Sea”: This Irish animated movie tells the moving story of a young girl who, like her lost mother, is a selkie (a magical human who morphs into a seal in the water).

Why your kids will love it: This mesmerizing movie captures children’s imaginations with its depictions of the family’s cliff-hugging lighthouse abode and an assortment of mythical creatures.

Why you will love it: If this was your jam in high school, you will appreciate the music and imagery of this film.

Where to get it: Rent on Amazon (free for Prime members) or borrow from several Louisville Free Public Library locations; may also be available in other libraries outside of Jefferson County

4. “Olive, the Other Reindeer”: This animated movie based on the book tells the hilarious story of Olive the dog, who mistakenly thinks she is to report to duty at the North Pole.

Why your kids will love it: It’s a Christmas movie in July! This upbeat movie is full of clever, silly word plays that will keep the giggles coming from beginning to end.

Why you will love it: Michael Stipe has a key supporting role as Schnitzel, an angry reindeer who can’t fly. Enough said.

Where to get it: Borrow from two Louisville Free Public Library locations; may also be available in other libraries outside of Jefferson County

And, finally, one for after the kids go to bed:

“Rabbit-Proof Fence”: This incredible movie is based on a true story. It depicts pre-1972 Australia’s policy of removing aboriginal children from their families in order to assimilate them into mainstream culture. Not one to watch when you’re looking for laughs, but fans of Go Confidently will love the enduring message of perseverance and bravery, and will be heartened by the reminder that love can overcome the most challenging hurdles.

Where to get it: Amazon (free for Prime members) or try your local library; Louisville Free Public Library does not carry the movie but has the book

You don’t have to veg out the whole time

While movies are a great way to occupy the hottest hours of the day, don’t forget you also have options for indoor activity. Consider signing up for a free GoNoodle account. In Jefferson County, this web-based kids’ exercise program is made possible by Norton Children’s Hospital and Passport Health Plan. Your kids will have fun moving and grooving to short videos that get their heart rate up. And there’s no reason you can’t join in, too!