Urologist Dr. Peppas on the Army, John Wayne and cooking

Urologist Dr. Peppas on the Army, John Wayne and cooking

'Treat every patient as if they were your family member' 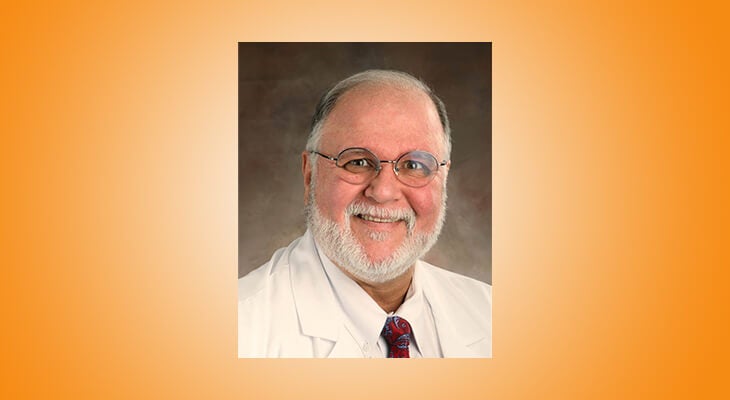 In his own words, Dennis Peppas, M.D., pediatric urologist, Norton Children’s Urology, started in health care to get back at his pediatrician. And it turned into a passion that took him around the country. Dr. Peppas joined the Army and learned many of the skills he uses today.

We asked him a little bit about the path that led him to Norton Healthcare.

Why did you become a doctor?

My first recollection to become a physician was early in my life. It was for the most notable of reasons and that was to get back at the pediatrician who was giving me shots. As I got older I became fascinated with how the human body works. I began reading as much as I could about the different organ systems. I loved children and thought that I wanted to be a pediatrician. Once I got into college, I realized that being a physician was more than just caring for people and that I wanted to be a part of that.

You served in the Army for more than 25 years. How did you go down that path in life?

I was in the Army from July 1979 until October 2004. I originally joined the military as a way of receiving my medical education without incurring a huge debt. In return for my four years of medical school, my military commitment was seven years. I was able to do my residency in the Army and my fellowship in pediatric urology at the Johns Hopkins Hospital. In 1999, I was the chief of urology at Walter Reed Army Medical Center. At that point, I made the decision to remain until I became a colonel and retire in that grade. What I carried on from my time in the military is the fact that a team can accomplish far more than any individual. I also gained the confidence in myself to begin and build two separate practices in pediatric urology; first in San Antonio, Texas, and the other here in Louisville.

Do you have a motto for caring?

Looking for a pediatric urologist?

Treat every patient as if they were your family member. By remembering this, we can never go wrong in the care of our patients. In addition, by using humor, I can help make a frightened child often not as scared.

Why did you decide to be a urologist?

Urology is the perfect balance of internal medicine and surgery. In particular, pediatric urology is the perfect balance of pediatrics and surgery. There is no other specialty that I am aware of where you can care for patients over a prolonged period of time with nonsurgical issues, and at other times take care of children to correct their birth defects.

If you weren’t a doctor, what would you be?

If I was not a physician I would either be a teacher or a restaurant owner. I really enjoy the interaction with children in their process of learning. My father was a chef and passed on some of his recipes and cooking secrets to me.

Who are your heroes?

My father came to America with only a fourth-grade education and taught himself to cook and to learn English. He left the house every day at 9 a.m. and returned home around 11 p.m. He had only one day off per week and that was Sunday. I watched and modeled my work ethic from him.
Gen. George S. Patton Jr. is a hero of mine. He was a straightforward soldier who said what he meant and meant what he said. He also believed that there was only one direction to go in life and that was straight ahead.
Lastly, John Wayne was of a hero of mine. As an actor, he played so many roles, almost always of a strong-willed person. He was gentle when he needed to be, comedic when he needed to be and tough when he needed to be.

What is the most challenging part of your job?

The most challenging part of my job is also one of my most satisfying parts of my job, which is building a sustainable pediatric urology practice for Louisville and the surrounding areas. We started this practice with two providers and by the beginning of June 2017, we will have two additional nurse practitioners. We are in the process of trying to find a third physician to join us next summer. This is an exciting time for pediatric urology and for Norton Healthcare.