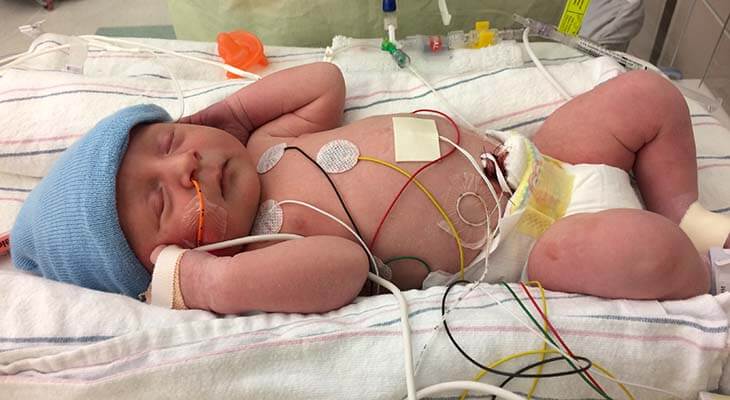 Leslie Zoeller’s heart has been through a lot over the past nine months, but on Saturday, Aug. 5, it will swell with pride once again at the Norton Children’s Hospital Splash ‘n’ Dash 5k Walk/Run.

Twenty-five of her closest friends and colleagues will line up next to several of her family members. And Zoeller knows that each person will be thinking of her grandson, Henry Grose, throughout the race.

After 37 years with Norton, and the last 30 as an operating room nurse, Zoeller knows all about caregiving. But her years of hands-on experience dissolved when staff at Norton Children’s Hospital began caring for Henry — her first biological grandchild of the 12 she loves and supports. 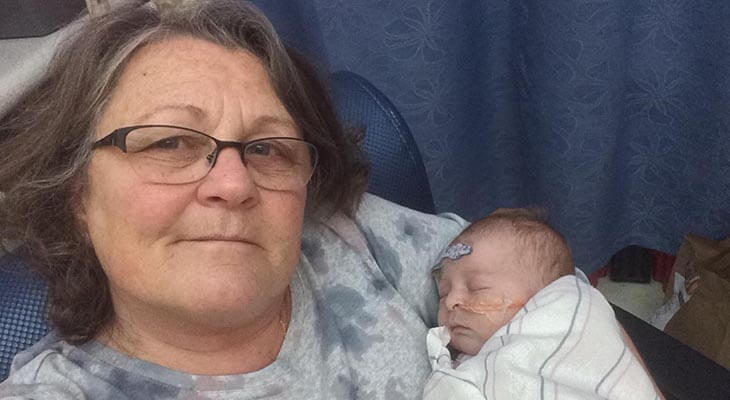 Henry came into this world four months ago, with everyone — the medical team and family — aware that he would have to overcome pulmonary atresia, a congenital heart defect. Two open-heart surgeries shortly after birth reconnected his pulmonary artery to his heart, as it should be.

Still, Zoeller and her family had to endure moments of uncertainty.

“To be on the opposite end by receiving care for a loved one rather than providing it was horrible,” Zoeller said. “I couldn’t stand to watch my son and his girlfriend wait and wonder, because I know that pain.

“At the same time, I could tell by glancing at the nurses’ and doctors’ faces if something was right or wrong. I saw people who cared for Henry as if he was one of their own.”

And as Zoeller watched her grandson grow stronger in the four months since, one of her nursing managers, Kimberly Ransdell, R.N., watched a team rally around this family.

“When I put out a request to run in this event, all I had to write was one line about Henry before people started to sign up,” Ransdell said. “We have all been with Leslie since Henry was born. We have cried with her and we have prayed for her.”

Unfortunately, Zoeller won’t be among the team lining up for a day of fun at the Splash ‘n’ Dash 5k because of an upcoming knee surgery.

She doesn’t have to be there, though, to know why others are participating.

“Henry is the most amazing little person, and he makes me feel so good about life,” Zoeller said. “I’ve participated in fundraisers for Norton Children’s Hospital before, and I’ve always wondered why so many people keep coming back.

“But now I know why they do it; the care our staff provides for kids who need help is something to celebrate.”

Make a splash for kids!

Runners and walkers can splash their way through a 5k course or a 1k Family Fun Run filled with refreshing ways to cool off in splash zones. After the race, enjoy family-friendly activities in the “Just for Kids” Zone, including a DJ, face painting, water balloon toss, water slides and more!

Not a runner or walker? Join a Splash Zone Team and help blast participants with water at a splash zone.