Seventh-grader beat the tumor with the help of ‘Dr. Donut’ 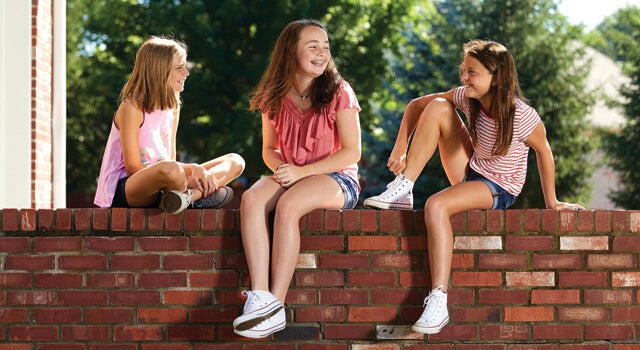 When Megan Francke was in first grade, she often would go to her parents’ room at night crying about her stomach. Her mother took her to see her pediatrician, Andrew Donovan, M.D. (Megan calls him “Dr. Donut”), who after several visits said, “Let’s rule out the scary stuff.” He scheduled Megan for an MRI.

A few minutes after getting home from the MRI, Dr. Donavan called — Megan was diagnosed with a brain tumor.

She immediately went to Norton Children’s Hospital. After a long night of MRIs, CT scans, blood draws and more, neurosurgeon William Gump, M.D., performed a 10-hour surgery to remove most of the brain tumor Megan had named “the stupid tumor.”

Call the Horseshoe Southern Indiana Phone Bank at (877) 335-5437 or stop by Norton Children’s Hospital — we’ll be in the lobby!

‘The stupid tumor came back.’

In May 2013, the tumor had started to grow again. Megan had surgery the following month, and this time, Norton Children’s surgeons were able to remove all of what remained of the tumor.

Megan has been tumor-free since that surgery. She gets MRIs every six months to make sure it isn’t coming back.

“I don’t know how long the doctors and nurses have been there or how long they will stay,” Megan said. “I don’t know why they chose the careers they chose. But I know that they have special hearts and souls that give them the grace and strength to do what they do. They could have chosen easier paths, but they chose to care for people — not just people — but kids.”