Study finds babies are put to sleep in deadly ways 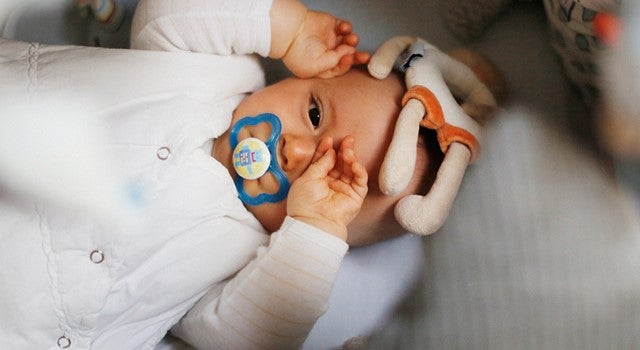 Ever placed your sleeping baby on his stomach or in bed with you? If so, you’re in the majority — and you could be putting your child in a deadly situation.

An American Academy of Pediatrics report released this week is the first to look at video recordings of parental behavior rather than relying on self-reported surveys or police reports. The study found the vast majority of parents placed babies in unsafe sleep environments associated with an increased risk of death.

“This is a serious problem,” said Erika Janes, R.N., child safety advocate for the Norton Children’s Hospital Foundation Office of Prevention & Wellness. “Locally, we see one to three babies die each month due to an unsafe sleeping environment or position.”

The recordings, which involved nearly 200 babies, showed most parents placed infants at risk by positioning them on their sides or stomachs, using soft sleep surfaces or loose bedding, or sharing a bed with a parent. Others had dangerous items in the crib including blankets, stuffed animals, pillows, bumper pads and sleep positioners.

Sleep-related infant deaths, including accidental suffocation and strangulation, are the most common cause of death for babies between 1 month and 1 year of age, according to the United States Department of Health and Human Services.

How can you keep your baby safe? Janes said it’s as simple as the ABCs: Babies should always sleep Alone on their Back in a safe Crib.

“A baby who sleeps on his or her back alone in a safe crib or bassinet, in an appropriately controlled room temperature of 68 to 75 degrees, in the same room with the parents, is highly unlikely to die a sleep-related death,” Janes said.

Other ways to eliminate unsafe sleeping conditions for your baby: