There isn’t a cure for cystic fibrosis yet, but new drugs target the cause of symptoms

There is no cure for cystic fibrosis (CF), but breakthrough new drugs recently have been approved for children as young as 4 months, with more in the research stages that target the genetic mutations responsible for the disease.

“This is a major development for our young cystic fibrosis patients,” said Ronald L. Morton, M.D., pulmonologist with Norton Children’s Pulmonology, affiliated with the UofL School of Medicine, and director of the Norton Children’s Cystic Fibrosis Program.

CF is a rare, progressive disease caused by mutations in a gene called the cystic fibrosis transmembrane conductance regulator (CFTR). The CFTR gene gives the body instructions for making the CFTR protein.

When the CFTR protein is not made correctly, it affects the balance of salt and fluids inside and outside of the cell, and cellular surfaces can’t absorb water. As a result, thick and sticky mucus clogs passageways in the lungs and other parts of the body.

Drugs that target defects in the CFTR gene are called modulators. They’re designed to modulate the function of the CFTR protein, improving it enough to relieve symptoms by rehydrating mucus inside the lungs and other organs.

“Not only does this drug combination have the ability to make them feel better day to day, it may have significant long-term benefits,” said Dr. Morton, who is also a professor of pediatrics at the University of Louisville School of Medicine.

The Food and Drug Administration has approved Trikafta for patients ages 6 years and older who have at least one F508del mutation or another mutation in the CFTR gene. About 90% of people with cystic fibrosis are estimated to have at least one of these mutations.

Children participating in clinical trials of Trikafta showed significant improvement in lung function and respiratory-related quality of life. They also had a decrease in pulmonary exacerbations, or infections.

The most common reported side effects of Trikafta are mild to moderate cough, headache and fever. The treatment sometimes increases cough for several days as old, built-up mucus is “purged” from the airways. After a few days, the cough and baseline cystic fibrosis respiratory symptoms typically improve significantly.

Before taking Trikafta, children whose genes are not known should have a genetic test to confirm at least one F508del mutation or another mutation where the drug combination has been shown to work.

“This is an exciting time in cystic fibrosis research,” Dr. Morton said. “Not only are other CTFR gene modulators being studied, researchers are looking into whether they might have the potential to prevent lung disease progression if they’re given early enough.”

Ivacaftor, one of the three drugs in Trikafta, is approved in the United States for children ages 4 months or older.

The physicians at Norton Children’s Pulmonology are actively investigating new treatments for cystic fibrosis. That means they already have deep experience with many newly approved therapies. Families also have access to potential breakthrough treatments by taking part in clinical trials. 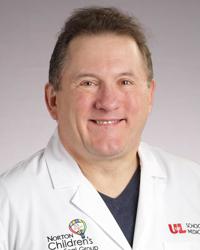