We thought we'd pull together a short slideshow of some kids 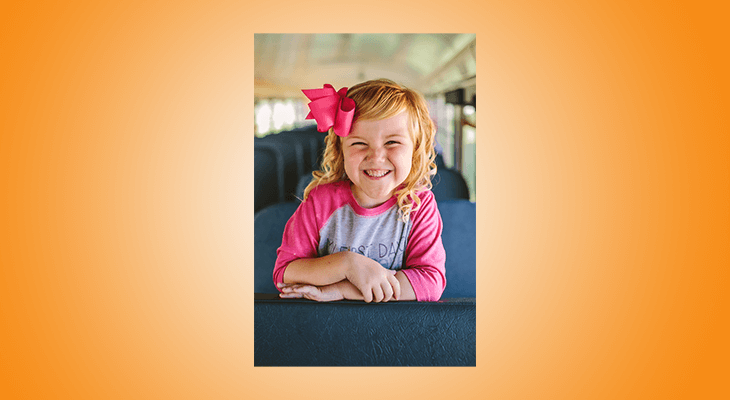 Addie was diagnosed when she was only 2 years old with pre-B acute lymphoblastic leukemia. Addie finished her leukemia treatment on Dec. 4, 2015, and shortly after had surgery to remove her port so she could get back to being a normal kid again! Addie will return monthly for a checkup and CBC to check her blood counts, and after five years she will be considered cured.

Addie still loves to visit the children’s hospital to visit with her friends and favorite nurses and to offer support to other kids fighting the hardest fight of their life.

In February 2013, the White family received an email about Mya, an infant living with stage 4 cancer in China. That’s when the thought of actually adopting Mya entered their minds.

On May 7, 2013, the White family received their special gift at the airport — Mya. Within two days, Mya began chemotherapy treatments at Norton Children’s Hospital. Mya underwent surgery to remove the cancer and her recovery from the surgery was a long one. However, the operation proved to be successful, and Mya has now been cancer-free for nearly three years.

Laurel was just 5 years old when she was diagnosed with a primitive neuroectodermal tumor (PNET) in her right abdomen.

2005 was a blessed year for 15-year-old Laurel Dortch as she received news from her doctors that she was cancer-free. After three surgeries, 14 chemotherapy treatments and 25 radiation treatments, Laurel and her family credit God for giving them faith and strength to get through those gray days.

Today, Laurel is a senior at Christian Academy of Louisville, where she excels academically and athletically. Through The Laurel Foundation, Laurel is very active in raising awareness in the fight against childhood cancer.