Almost all the calls to the poison control center have been for accidental exposures, especially among very young children. 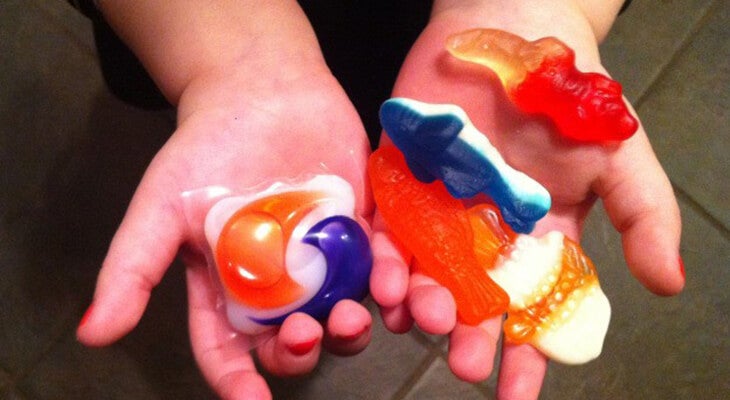 Laundry pods, makeup, ibuprofen. If your child has ever gotten into one of these items, you’re not alone.

Leading the way were cleaning products — laundry pods, bleach and dishwasher packets. Cosmetics, including makeup and deodorant, and over-the-counter pain relievers were also at the top. These items accounted for almost one-third of the more than 50,000 calls the center received in 2017.

“While most cosmetics don’t typically pose much of a serious health risk and can be managed at home, cleaning products can be very dangerous, even deadly, for a child,” said Maria Chapman, poison prevention coordinator with the Kentucky Poison Control Center. “Pain relievers also can cause problems, including liver and kidney failure — and possibly death.”

Almost all calls were for accidental exposure

Despite teens intentionally eating laundry pods for social media challenges, almost all the calls to the poison control center have been for accidental exposures, especially among very young children.

The national poison hotline is (800) 222-1222. Callers in Kentucky are directed to local nurses at the Kentucky Poison Control Center. All calls and consultations are free and confidential.

Learn more about protecting your children at

“Kids are playing with and breaking open the laundry packets,” Chapman said. “They’re attracted to the bright colors and think it’s a toy or candy.”

Chapman said parents and caregivers can limit children’s exposure to these poisons by:

If a child is exposed to a potential poison, Chapman recommends calling the Kentucky Poison Control Center instead of going to the internet for answers.

“Every case and every person is different, and that can’t be determined through a web search,” Chapman said. “The poison center is staffed with toxicology nurses 24 hours a day. They can determine if the child can be treated at home — which often is the case — or if they need to go to the emergency room.”