Data shows decrease in deaths, but increase in number of children abused. This actually could be a good sign. 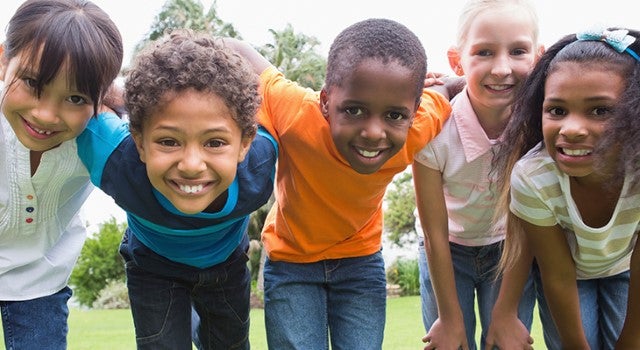 LOUISVILLE, Kentucky (March 29, 2016) – The number of Kentucky children who died from abuse has dropped to the lowest level in 10 years, according to data from the U.S. Department of Health and Human Services’ Children’s Bureau “Child Maltreatment 2014” report. What increased was the number of overall cases of child abuse.

“While that may on the surface seem like a bad thing, it could mean people are spotting the abuse early,” said Erin Frazier, M.D., chair of the Partnership to Eliminate Child Abuse, which is led by Norton Children’s Hospital. “That means we’re preventing deaths and getting children the help they need.”

While fatalities have decreased for Kentucky, Indiana has not fared as well, reaching the highest number since 2009. Indiana is ranked seventh worst in overall fatality rates from child abuse, up from 21st in 2013. Kentucky has dropped from 17th in 2013 to 32nd in 2014.

“We’ve been doing a lot of education in Kentucky to try to reduce the number of children dying from abuse,” Dr. Frazier said. “Thanks to the leaders in Frankfort, we also have legislation that is requiring education on the dangers of pediatric abusive head trauma as well as recognizing early signs of abuse.”

House Bill 285, which was supported by members of the Norton Children’s Hospital Child Abuse Task Force, was signed in May 2010 and requires education for people in positions that care for children, as well as emergency personnel and certain medical caregivers. House Bill 157 was signed in April 2014 and requires training on the recognition and prevention of pediatric abusive head trauma (also known as shaken baby syndrome) for physicians likely to see children.

“We are conducting some research, but we feel that our efforts combined with the efforts of other groups trying to reduce deaths from child abuse are starting to have a real effect,” Dr. Frazier said.

“We need to get people to step away in moments of anger and not shake or hit or use violence in any form,” said Kelly L. Dauk, M.D., chair of the Norton Children’s Hospital Child Abuse Task Force and pediatrician with University of Louisville Physicians.

“This is everyone’s concern — not just professionals who deal with children,” Dr. Dauk said. “There is something each and every person can do to prevent abuse.”

In recognition of April as National Child Abuse Prevention Month, what can you do to help stop abuse?
• If you’re a parent and you feel yourself about to lose control, step away. Listen to your favorite song, take a few deep breaths or call a friend.
• Keep a list of friends’ or family members’ phone numbers to call for support if you are feeling frustrated or angry.
• Everyone can learn the TEN-4 bruising rule: Children under age 4 should not have bruising on the torso, ears or neck. Infants too young to crawl should never have any bruises. If you see these bruises, there is concern the child may have experienced abused and you can do something before it’s too late.
• If you know a parent who may need a break, offer to babysit so mom or dad can have an hour or two to themselves.
• Offer to run an errand for a neighbor with small children who has difficulty getting out of the house. A small gesture like that can greatly reduce stress for the parent.
• If you see someone about to raise their hand to a child, ask them if they need any assistance. Sometimes the situation just needs an interruption.

More ideas are available at DontHurtChildren.com.

The “Child Maltreatment 2014” report is available from the U.S. Department of Health and Human Services Children’s Bureau at www.acf.hhs.gov/programs/cb/resource/child-maltreatment-2014.