The world at her feet

The world at her feet

How soccer changed a father-daughter relationship 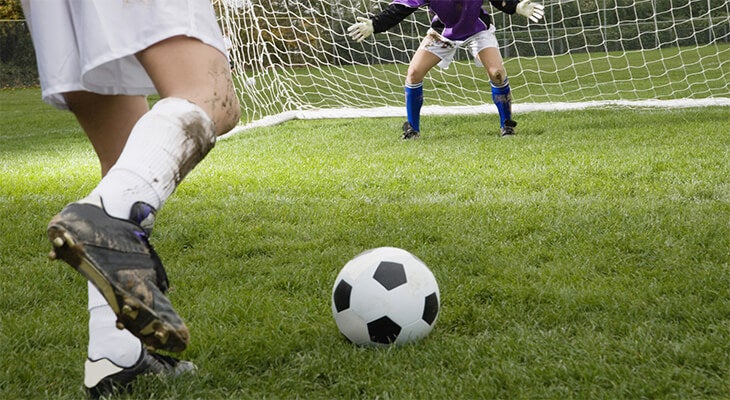 As Father’s Day approaches and my children continue to grow older, it occurs to me that the best gifts a father can give to his children are his patience, his time and his support. The results often are both tangible and memorable.

For instance, my daughter never wanted to play soccer, not even to humor me. No matter how many times I pointedly asked her over the years whether she would like to join a team or kick the ball around in the backyard, the answer was always, “No thanks.” Disappointed, but not wanting to be a “pushy” dad, I let the subject drop like a goalkeeper’s punt over midfield.

This changed when she turned 11 and told me that she would like to play for her sixth-grade school team. Having played throughout my childhood, I feared she might have started it too late. I worried that she would lack the fundamental soccer skills that many of her teammates had already spent years developing.

Her first practice was tough, both for her as a player and for me as an observer. Although she was trying her best, she was overwhelmed at times, not understanding where she was meant to be on the field or what to do with her well-meaning coach’s instructions. My daughter was discouraged, but I knew what I was going to do.

New to parenthood? New to Louisville? Looking for a pediatrician?

By the second practice, I was her team’s assistant soccer coach. She did not know it, but this was her gift to me. As the season progressed, I witnessed my daughter’s confidence and skills increase. I watched her bond with her teammates and wear her school’s jersey with pride. I was there when she felt the elation of her first goal and the sorrow of a tough loss.

My daughter continues to play and I continue to coach her. Soccer has provided her with drive, endurance and confidence. It also has given us, as father and daughter, a common language stemming from patience, time and support. As her dad, I have come to know that this shared experience is the greatest Father’s Day gift of all, and one that we both will remember in the years to come.