A deadly road for Kentucky teens

A deadly road for Kentucky teens 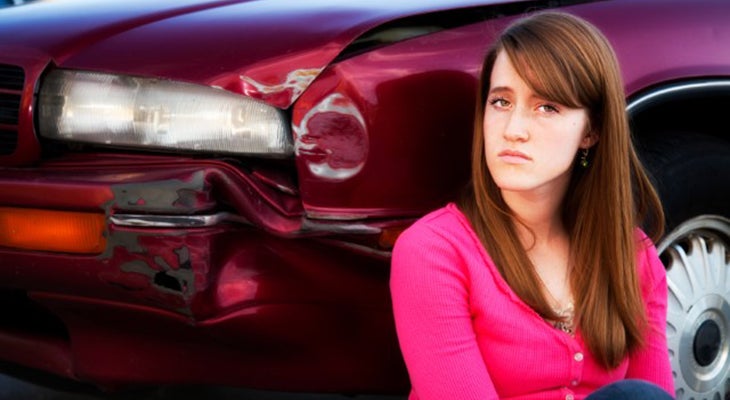 Motor vehicle crashes are the leading cause of death for 15- to 20-year-olds nationwide. Per mile driven, teens are involved in three times as many fatal crashes as all other drivers.

Kentucky teens aren’t helping this alarming trend. In 2014, drivers under age 21 were involved in nearly 24,000 crashes statewide. These accidents resulted in 97 fatalities — one every four days — and more than 7,000 injuries.

“Teens are dying in cars, and much of that is because of their inexperience on the road,” said Sharon Rengers, R.N., manager of the Children’s Hospital Foundation Office of Prevention & Wellness of Norton Children’s Hospital and safety educator for Safe Kids Louisville. “This inexperience, combined with taking unnecessary risks, like texting, driving under the influence, speeding and not wearing a seat belt are the primary causes of this epidemic.”

The good news: You, as a parent, really can save your child’s life when they’re behind the wheel.

New research from Safe Kids Worldwide and General Motors Foundation shows parents can help reduce risky behavior by talking with their teens, formalizing — and enforcing — a family agreement about driving rules and modeling good behavior. When parents and teens discuss rules for driving and come to an agreement, whether verbal or written, teens are less likely to engage in dangerous behavior.

“Teens who have an established family rule against drinking and driving were 10 times less likely to report doing that illegal behavior than those who didn’t,” Rengers said. “Teens with explicit family rules were more likely to wear their seat belt every time and were less likely to speed or drive distracted.”

The research also showed parents who practiced safe driving behaviors themselves impacted the driving habits of their teen drivers. Those who saw a parent drinking and driving were three times more likely to do the same than teens whose parents modeled safe behavior. Past research revealed that teens were more likely to wear seatbelts if their parents made buckling up a consistent habit from a young age.

If you want to protect your teen driver, try these three strategies:

Download the full Safe Kids study. You also can learn more about local programs to keep your child safe.