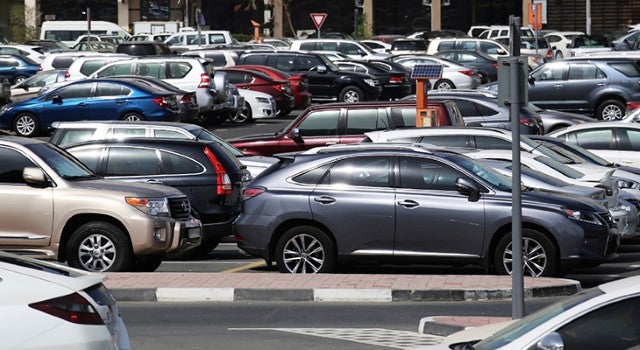 It’s not quite summer, but the mercury doesn’t have to be through the roof for a child to die of heat stroke in a car.

The latest incident: 2-year-old Layontae Swain, found in a van parked in the carpool lane at Gutermuth Elementary School on Monday. The Jefferson County Coroner’s Office said the toddler’s death was “consistent with hyperthermia.”

According to news reports, car pool attendants noticed the unresponsive child in the back of the van, called 911 and tried to administer aid, to no avail. Louisville Metro Police are investigating the toddler’s death.

Since 1998, nearly 700 children nationwide — 15 in Kentucky — have died from heat stroke while left unattended in vehicles. More than half of child heat stroke deaths occur because parents or caregivers accidentally leave the child in the car. There have been countless other close calls where a passerby took action or a parent realized their mistake in the nick of time.

No one is immune to this kind of tragedy. Changes to daily drop-off routines, demanding schedules, kids who play in cars – all of these scenarios have resulted in children dying of heat stroke.

Sharon Rengers, R.N., child advocate at Norton Children’s Hospital, said most people don’t realize how dangerous a car can be for a child regardless of the time of year.

If you’re driving around a child, here are three tips to help ensure you don’t end up in this tragic situation:

1. Choose an item that is needed at your next stop — a cellphone or purse — and place it on the floor in front of the child in the back seat.
2. Set the alarm on your cellphone as a reminder to drop off your child at school or day care.
3. Set your computer calendar to remind you with a question such as, “Did you drop off at child care today?

Read more tips on preventing hot car deaths. If you see an unattended child in a car, immediately call 911.