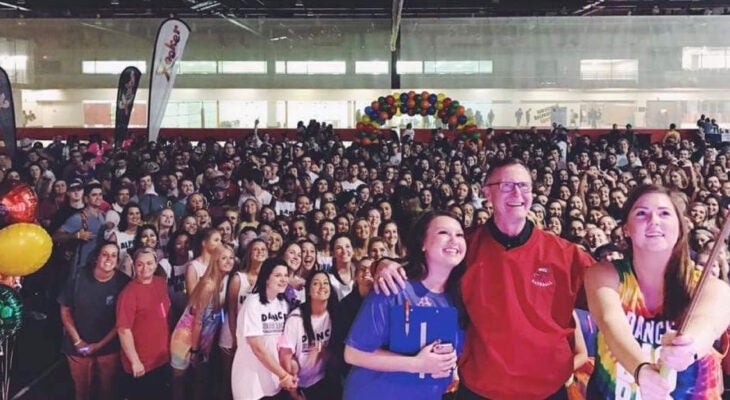 “The outcome is overwhelming for the third year.  Our hearts are overflowing with so much joy,” stated Molly Ann Lessig, Dance Big Red Co-Chair. “The event was inspirational with several families from Norton Children’s Hospital sharing about their journey.  Many tears were shed along with smiles and laughter, 12 hours that will be a cherished memory.”

Dance Big Red held various fundraising events throughout the year including Dodge for a Cause and Kick-it for the Kids.  The executive members have been involved with offering support to the Bowling Green Brave Hearts Chapter along with attending Brave Heart Camp at Center for Courageous Kids.

Dance Big Red started by a student continues to grow

Western Kentucky University President Dr. Gary Ransdell said, “Wow!  What a great job.  Congratulations to the co-chairs and all of the volunteers, donors, and participants in the 2017 Dance Big Red event.  Our students care and they back it up with passion and energy.  Congrats also to Norton Children’s Hospital for a nice boost in support!”

“Every dollar raised will make a difference for these children.  We believe in the strength of Norton Children’s Hospital.  The doctors, nurses and staff are phenomenal in so many ways,” said Katelin Carney, Dance Big Red Co-Chair.