Asthma educator has made career out of helping kids 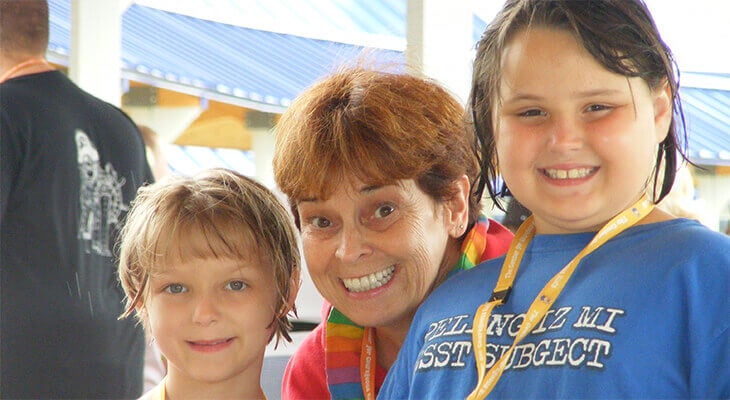 As Courtney Samuels, R.N., began her new nursing career at Norton Children’s Hospital last summer, she bumped into an old friend on the fifth floor.

“Where is your inhaler?” were the first words that certified asthma educator Beth VanCleave, R.N., said to Samuels that day.

It was their first meeting in a decade, since VanCleave had taught Samuels how to control her asthma at the bedside of the then-frightened middle school student recovering in the hospital.

That direct, frank and lifesaving style is the trademark of VanCleave, retiring in May after 29 years with Norton Children’s Hospital, first as a medical/surgical nurse and then for 16 years as an asthma clinician.

“She taught me about my triggers (pollen, animal hair, dust and grass),” said Samuels, now 25. “Once Beth tells you something, you don’t forget it.”

Attacks can be sudden and deadly

VanCleave, a Jeffersonville, Indiana, native, became a nurse in her mid-30s. Back then, she was a recently divorced single mom. The nursing job with Norton Healthcare was a lifesaver, she said: Her new career enabled her first to buy a new car and then her own house in her hometown. 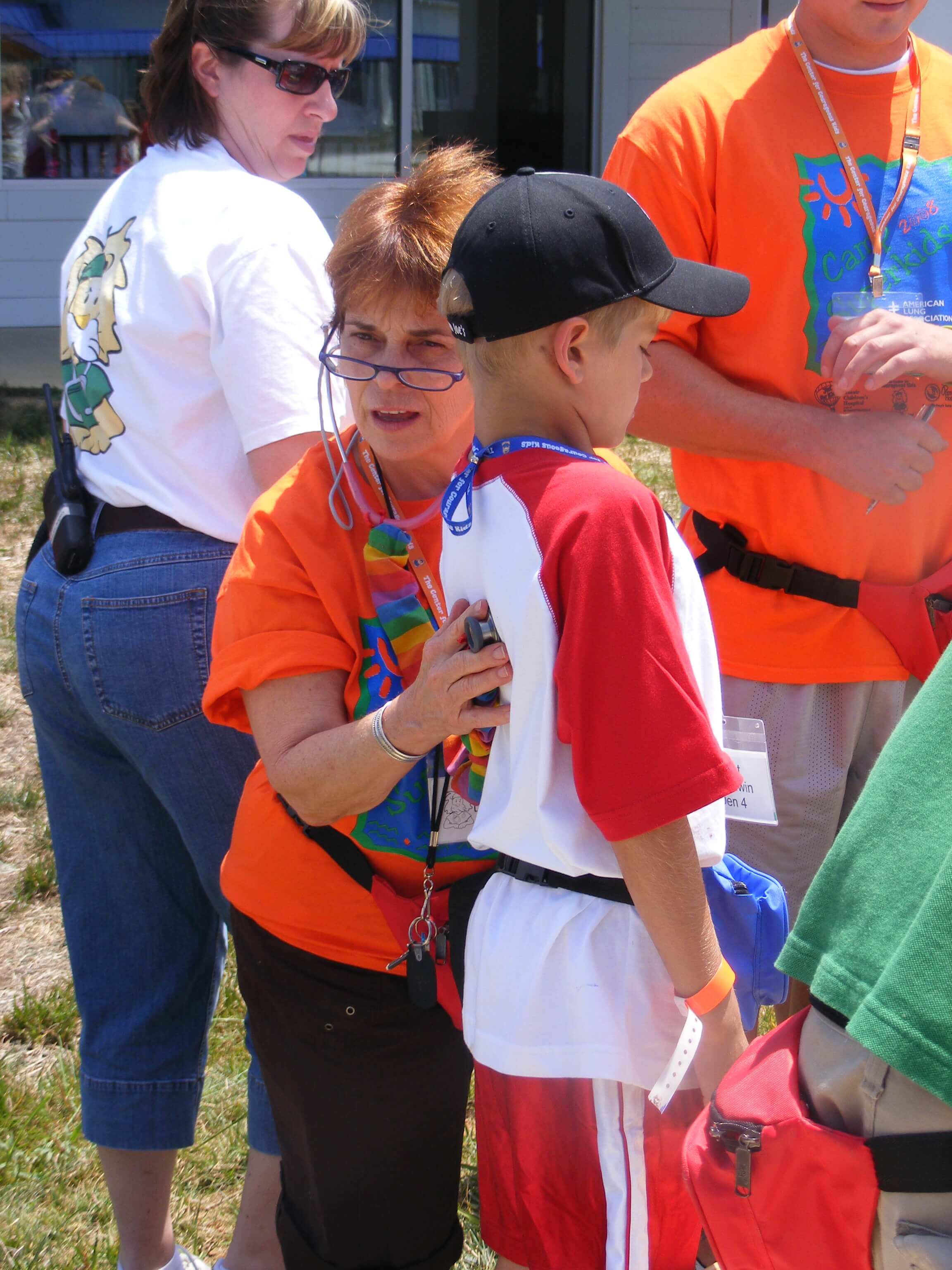 Like the thousands of patients she has counseled at Norton Children’s Hospital, whether in the emergency department, in clinic or at their hospital bedside, VanCleave has asthma too. And she also keeps a rescue inhaler near: “one in my purse, one in the bedroom and one in the closet.”

Inhalers need to be close by, VanCleave said, because attacks can be sudden and deadly.

“You get more warning with a tornado,” she said.

VanCleave learned of her own asthma from a co-worker who noticed her chronic cough in 2001. As she got her asthma under control with the help of a specialist, VanCleave’s nursing career grew into helping others learn how to cope. Some people wheeze. Some people cough. Many people don’t even know they have asthma until they end up in the emergency room, she said, where 90 percent of people with asthma are diagnosed.

Whether at Norton Children’s Hospital or annual “asthma camp,” a weeklong retreat in central Kentucky, VanCleave said she enjoyed teaching healthy habits, such as how to pretreat asthma with albuterol before exercise. She also would find playful ways to help young patients, including asking them to inflate a balloon to improve deep breathing and airway clearance. Many times her job included teaching parents the dangers of secondhand smoke, how to treat an asthma attack at home and, as VanCleave puts it, a curriculum about“the swelling, the snot and the squeeze.”

While asthma can attack suddenly, it also can slowly steal vitality when left undiagnosed or untreated. Airways left in chronic inflammation may lead to emphysema or chronic obstructive pulmonary disease later in life. Too often, patients become accustomed to feeling short of breath — but it controls their life as they unconsciously restrict their lifestyle.

If your chest is tightening, VanCleave said, “you are already in trouble.”

Could your child have asthma?

In retirement, the asthma inhaler will be in VanCleave’s pocket as she pursues more horseback riding and hiking. Vigorous exercise is not only possible but truly accessible for people with asthma, VanCleave said, especially if you are mindful of controlling the condition daily with medication, if necessary, to keep lung inflammation under control.

“Of every 10 new patients, probably 50 to 80 percent are in denial,” VanCleave said. “I go in to talk to the kids and I wind up teaching the families.”